Goldman Sachs, One of the First International Banks to Open a Subsidiary in Japan

Goldman Sachs becomes one of the first international securities companies permitted to open a banking subsidiary in Japan in 1991. 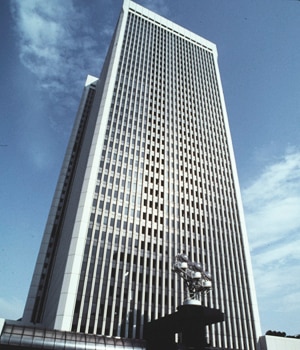 On February 6, 1991, Goldman Sachs obtained a license from the Japanese Ministry of Finance allowing the firm to establish banking branches in Japan. The Ministry’s approval followed successful Japanese-American talks during the spring of 1990 in which US negotiators pressed to allow foreign brokers into the currency business in Japan. Until the Ministry’s decision, American securities firms could only trade foreign exchange through an “authorized dealer.” Since Japanese firms were forbidden to engage in foreign exchange dealing, the only specialist foreign exchange bank in Japan had been Bank of Tokyo, severely limiting the firm’s ability to compete.

As it turned out, the Finance Ministry’s decision gave the American firms an advantage over their Japanese securities competitors, which were barred from the banking business. While foreign banks were permitted to hold stakes of up to 50 percent in securities companies in Japan, Japanese banks could own no more than 5 percent.

Initially, the US firms would focus primarily on foreign exchange. Goldman Sachs Ltd. started operations in Japan as a banker in the Tokyo foreign exchange market on March 25, 1991.

Later that summer, four of the largest Japanese banks were involved in a scandal involving improper paybacks to clients. As the scandal unfolded, many Japanese institutional investors grew more interested in other banking services, such as research and analysis, provided by non-Japanese firms. This represented an additional opportunity to crack into the historically insular Japanese market.