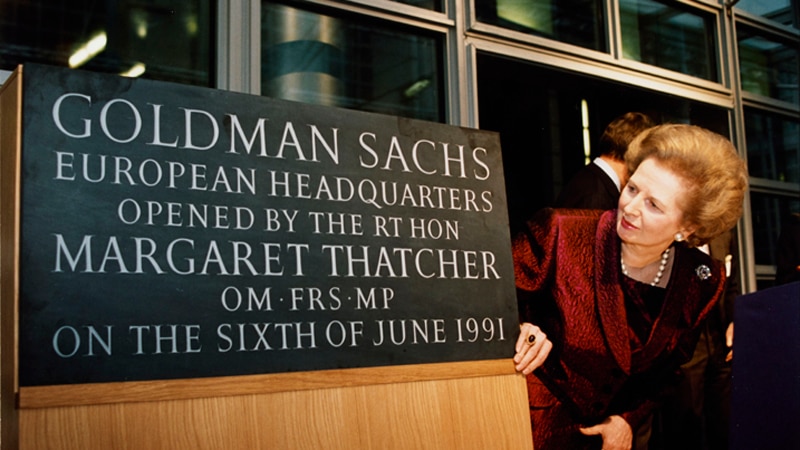 Goldman Sachs first established an on-the-ground presence in the United Kingdom when it opened its first London office in 1970 on Goldsmith Street. The office initially focused on limited corporate finance and brokerage activities. Over the next two decades, the firm would intensify its efforts to build lasting client relationships in the United Kingdom and broaden the services it offered clients.

With staff growing to meet expanding business activities, Goldman Sachs soon faced a situation where its people were spread across three separate buildings in London. Thus began an ambitious, three-year-long project to build a new European headquarters that could accommodate all staff and would incorporate the latest technology to support the firm’s expanding client base in the United Kingdom and continental Europe. 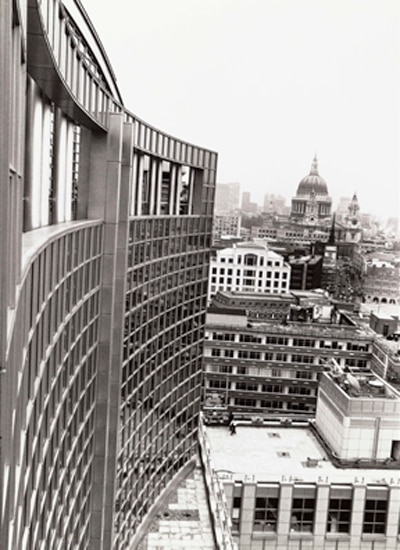 The new headquarters would be built on the site previously occupied by the Daily Telegraph newspaper and its adjacent printing plant on Fleet Street. Goldman Sachs’ own Real Estate Department acted as developer and project manager for the 565,000 square-foot, 12-story office building, appointing 145 construction companies representing 13 countries to build it. Working closely with the Museum of London, English Heritage, and the London Planning Commission, the firm’s architects, Kohn Pedersen Fox, designed the granite-clad building to harmonize with its surroundings.

Mixing functionality, the latest technology and aesthetic integrity, the new building, named Peterborough Court, was inaugurated on June 6, 1991, by former British Prime Minister Margaret Thatcher. In a letter to all staff in August of 1991, then co-senior partners Robert E. Rubin and Stephen Friedman called the new office “a spectacular symbol of the international scope of our business and our commitment to our people and the financial markets in Europe.”