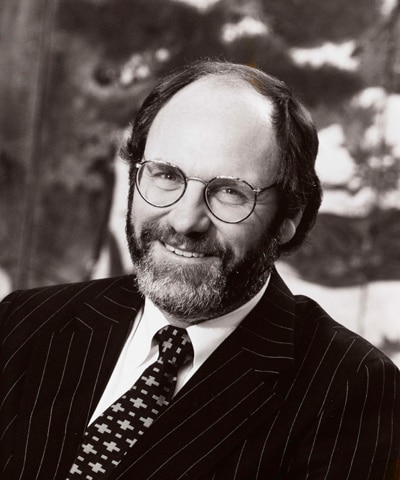 Jon Corzine was born in 1947 in Willey’s Station, Illinois, and received a B.A. from the University of Illinois in 1969, where he was Phi Beta Kappa. He served in the United States Marine Corps Reserve from 1969 to 1970 and received an MBA from the University of Chicago in 1975 before joining the firm in the Fixed Income Division. Jon built a successful career as a government-bond trader and was one of the early pioneers to steer the firm towards a historic IPO.

Jon honed his trading skills in Goldman Sachs’ Fixed Income Division and developed strong relationships throughout the firm. Having been named partner just five years after joining Goldman Sachs, Jon became a member of the Management Committee in 1985 and co-head of Fixed Income in 1988. He served in that role for six years and was named senior partner in 1994.

At the helm of the firm, Jon made a tremendous effort to convince the partnership that an initial public offering would give Goldman Sachs a strong capital base from which it could invest in technology and fund long-term principal investments.

Jon was known throughout the firm as someone with an intuitive and expert understanding of capital markets who was committed to solidifying the firm’s best-in-class reputation in the financial services industry.

In 1997 Jon authorized the creation of Community TeamWorks, the firm’s flagship volunteering initiative, where Goldman Sachs employees come together to participate in a day of service.

Prior to the successful IPO in 1999, Jon retired from a 24-year career at Goldman Sachs to pursue a career in public service. He served as a United States Senator from New Jersey from 2001 to 2006 and as the 54th Governor of New Jersey from 2006 to 2010.