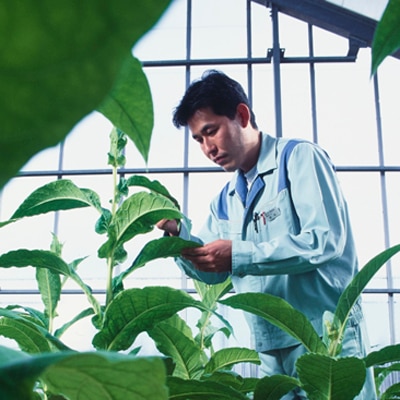 Japan’s state monopoly on tobacco began in 1904, when the Japanese Ministry of Finance (MOF) seized control of tobacco sales and production from private companies to generate revenue during the Russo-Japanese war. The Ministry created Japan Tobacco (JT) in 1985 as part of a slow movement towards privatization, although it was required by law to maintain a controlling stake in the new company.

In the early 1990s, the MOF decided to sell one third of its two million shares of JT to private investors in Japan. However, the initial public offering in 1994 of the Ministry’s first tranche fared poorly, trading down almost immediately and leaving some 270,000 shares unsold.

Less than one year later, in May 1995, the MOF announced the sale of the shares remaining from JT’s IPO, and tapped Goldman Sachs International in London to handle sales overseas to offset weak domestic demand. The MOF named Nomura Securities Co. as lead manager for the offering to handle sales in Japan, but the selection of Goldman Sachs as joint global coordinator for shares placed overseas was significant. It was the first time that Japan’s MOF had chosen any foreign broker to underwrite government-owned shares, and, arguably, was also emblematic of Japan’s movement toward opening its financial markets to foreign companies.

In another departure from tradition, the MOF allowed Nomura and Goldman Sachs to use book building to determine a proper offering price in lieu of its previously used auction method. Unlike the 1994 sale, Goldman Sachs and Nomura’s US$2.05 billion offering (US$3.28 billion in 2019 dollars) completed June 17, 1996, was a success, with all shares placed.