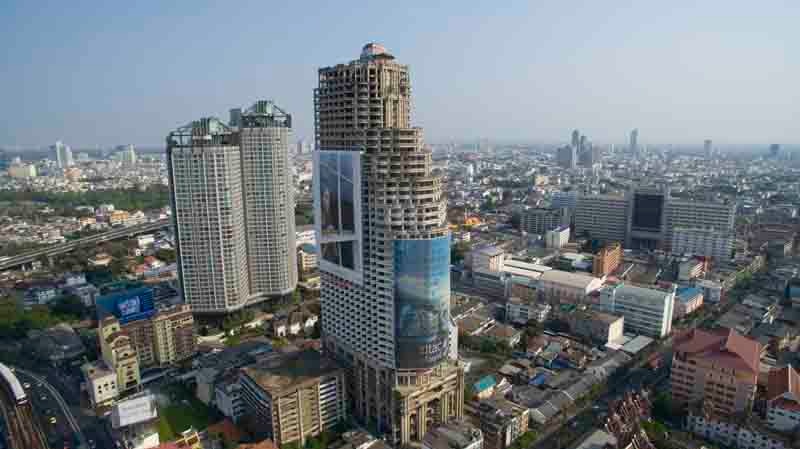 After the end of the Cold War in 1991, capital flowed into booming East Asian countries (Thailand, Philippines, Malaysia, Indonesia, and South Korea). Foreign investors were animated by their impressive economic growth since the 1960s, their stable and pegged exchange rates, and their policies of financial market liberalization. Private net inflows to these countries increased drastically, rising from US$40.5 billion in 1994 to US$93 billion in 1996.

As a result of this inflow of capital, East Asian countries experienced simultaneous credit, stock price, and real estate bubbles. Their currencies became overvalued, and their current account deficits increased as export-led growth slowed. The short-term external debt of banks and corporations in the region swelled. Weak corporate governance, lack of proper disclosure systems, and insufficient supervision and regulation of banks increased the vulnerability of East Asian countries to sudden reversals of investors’ expectations and speculative currency attacks, like it happened to Mexico in 1994.

What came to be known as the Asian Financial Crisis originated in Thailand, when capital flight put pressure on the currency after investors worried about the worsening financial situation of the country. After defending the baht for months and depleting its reserves, the Bank of Thailand let it float on July 2, 1997. Jittery investors rebalanced their exposure to East Asian countries. The Philippines let the peso float on July 12. Malaysia abandoned its pegged exchange rate on July 14. Indonesia floated the rupiah on August 14. In October, South Korea followed. The won fell by 55 percent to its lowest level in late December. The crisis threatened global financial stability, as markets experienced contagion from Japan to the United States.

Several agreements with the International Monetary Fund failed to stabilize the situation. The crisis only started to subside when the US government pressed foreign commercial banks to renew their credits to South Korea, which was on the brink of default. The Thai government had to guarantee the liabilities of commercial banks to arrest the crisis. After a bank run, Indonesia announced it would suspend debt payments. Malaysia imposed capital controls. By January 1998, compared to July 1997, the Thai baht had depreciated 56 percent, the Philippine peso lost 41 percent of its value, the Malaysian ringgit dropped by 46 percent, and the Indonesian rupiah lost 81 percent of its value.

Despite emergency international support of US$110 billion, the stock markets and real estate prices declined in the affected countries. Bankruptcies spread. Production collapsed and unemployment spiked. In 1998, outflows of net private capital from the affected countries reached US$12.1 billion, equivalent to more than 10 percent of their combined gross domestic product prior to the crisis. Stabilization and recovery only occurred in 1999.

Goldman Sachs was a financial adviser to South Korea during the worst of the crisis. Afterwards, in April 1998, Goldman Sachs was a global joint lead underwriter with Salomon Smith Barney of US$4 billion in global bonds for the Republic of Korea, the proceeds of which were used to increase the international reserves of the South Korean government. The issue was South Korea’s first-ever offering of sovereign debt.