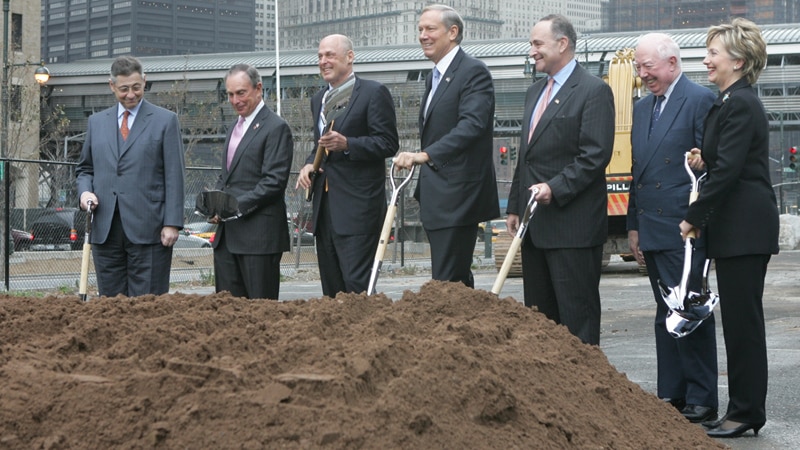 Dating back to its founding in a small office on Pine Street, Goldman Sachs has a long-standing commitment to Lower Manhattan. Over the years, the company has established several of its headquarter buildings in this neighborhood, all within walking distance to the New York Stock Exchange and the cobblestone alleys of old New York.

When exploring locations to build a new, state-of-the-art headquarters that would consolidate all of its New York City employees in one building, Goldman Sachs once again demonstrated its commitment to this historic region. The firm chose 200 West Street, where they broke ground for the new building on November 29, 2005. The new headquarters officially opened for business on November 16, 2009. Groups of employees moved into the building throughout the following year, with the last people migrating to the space over the weekend of December 17, 2010.

Interestingly, Goldman Sachs’ connection to 200 West Street dates back to its role in financing New York projects more than three decades earlier. In 1972, under the leadership of then senior partner Gus Levy, the firm co-managed the underwriting of a US$200 million bond issued by the Battery Park City Authority to finance the construction of a massive landfill on the Hudson River.  At the time, the space was envisioned as a vibrant community with office buildings, schools and shops – a destination that would help draw people together. For decades, the space stood undeveloped, until Goldman Sachs helped to bring to life the city’s original vision of Battery Park City as an attractive neighborhood with a life of its own by establishing their global headquarters at that address.