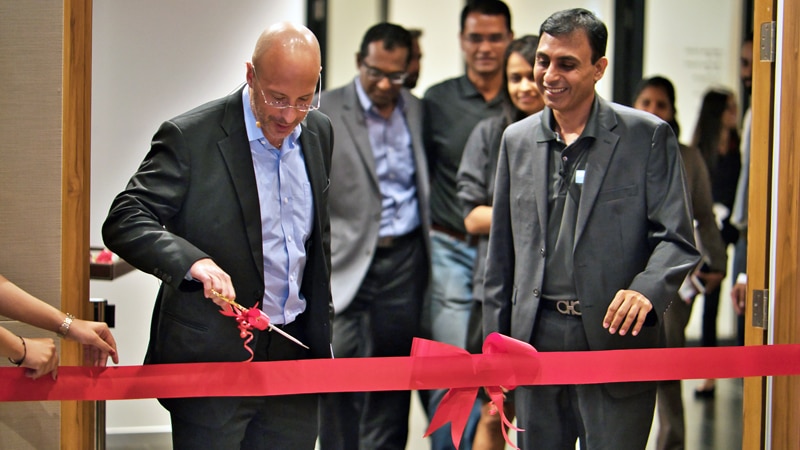 When the firm first expanded into Bengaluru fifteen years ago, the office was created with a focus on supporting Goldman Sachs businesses across the globe. Stephen Scherr, chief financial officer of Goldman Sachs, discussed this change in a fireside chat at the new 150 Outer Ring Road campus in Bengaluru, which was named to commemorate the firm’s 150th year anniversary. “The Bengaluru office is a center of engineering excellence with a direct impact on driving revenue,” Stephen said.

From July 23 to July 25, the Bengaluru office celebrated what they had created, fostered a stronger sense of engagement and built deeper ties with the community. The multi-day event featured keynotes from leadership, white papers presented by internal talent, panels with external business leaders in India’s technology space, and thought leadership talks from professors and researchers alike. 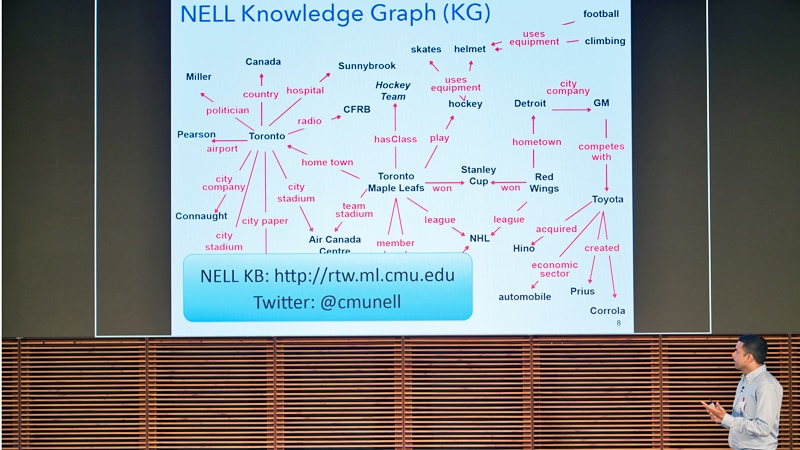 The broad network of external speakers represented at the conference reflected the depth of the existing ties Goldman Sachs has with the higher education and business communities in Bengaluru. From scaling mass customization, modern cloud native apps on Amazon Web Services, and understanding the differences between machine learning and human learning, no speaker had enough time to satisfy the audience’s curiosity on their respective topic. A panel discussion was conducted with representatives from Bugworks, Mu Sigma, Uber India and BT Global centered on disruptive technologies and the unique challenges and opportunities of the Indian market.

The talent of the firm’s engineers in Bengaluru was on full display from day one. Following keynote addresses from senior Engineering leadership, the event moved into technical presentations. A selection of the highest quality submissions were chosen to present their white papers, while runners-up were displayed in poster form. Sixty percent of the selected talks came from speakers at the analyst or associate level. Internal talks covered topics like emerging trends in blockchain, batch processing graphs, and modelling portfolio dynamism. 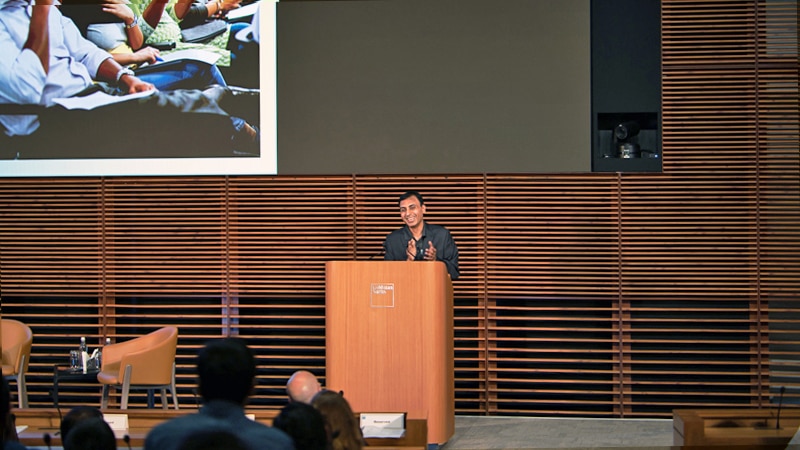 Gunjan Samtani, head of the Bengaluru office and head of Bengaluru Engineering opened the event with a keynote speech. “This event emphasizes our continued focus on fostering a culture of learning and innovation and to bring our people and ideas together,” Gunjan said in his remarks.

After a game of trivia and an awards ceremony for the internal presenters, the organizers announced that the second iteration of the event will happen in 2020. “To take the time and risk to share your ideas is an investment in each other,” closed Elisha Wiesel, the firm’s chief information officer.