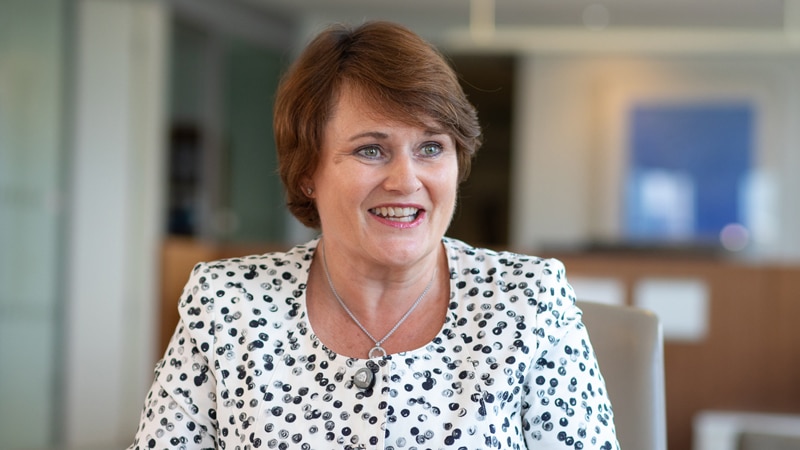 
Some people have a natural gift for networking. They meet and build relationships with new people easily. Others find this one of the most difficult aspects of their career because ‘working a room’ can be more intimidating than presenting to the board of directors! I mentor and coach several women at Goldman Sachs and networking challenges are common, especially for those who are early in their careers.

I completely understand this apprehension. It took me a while to understand the benefit of networking and to be comfortable with it. It is something I still have to push myself to do, especially after a long day. That said, throughout my career, I’ve benefited greatly from networking. A great example is that I would not have the job I have today had I not maintained my network whilst on my career break. If there’s one thing I’m certain of, it’s never too early to start building your professional network because it has the potential to be incredibly valuable.

The Benefits of Networking

Networking can result in fantastic career opportunities such as a new role, mentor or sponsor. But also the more you expose yourself to new people and new ideas, the more you will learn about the company, the industry, and more importantly, yourself. Pushing yourself out of your comfort zone is the only way to get comfortable with being uncomfortable, something Goldman Sachs believes is crucial to success.

How to Build Your Network
There are many opportunities to build your network. Often it is done at an industry conference or while chatting over canapes at a networking event. These kinds of forums can be the most challenging, especially for those who are more introverted. In order to make the most of your time, be strategic in your approach to each event – consider in advance who will be there and what your objectives are, then prioritise accordingly.

Networking takes place in less obvious places too. In fact you’re probably already doing it! For many, it’s a core part of how you already operate on a day to day basis. That teammate you had coffee with last week? Networking. Those welcome-drinks you attended for the summer interns? Networking. That company volunteer day where you chatted with your boss’s boss about tennis? Networking. Take the same approach as going to an external event and be strategic about your internal network by deliberately connecting with colleagues who can help your career, or simply help you to get your job done.

Making the Most of Your Network
So you’ve made contact, now what? This is the most critical part of networking. Unless you invest in building that relationship, you will see no impact. Relationships take time and effort.  But if done right, you may end up with a new sponsor who can play a valuable role in promotions and advancement, or may be the first person considered when an external opportunity opens up in the future. Nothing will happen if you get someone’s business card, only for it gather dust on a shelf.

When you follow up with a new contact, it’s important to have your short pitch perfected, but don’t forget about the less direct conversation topics too. Think about what makes you interesting, such as a hobby, recent travel experience, or your background. At Goldman Sachs we strongly believe that people operate at their best when they can bring their whole selves to work, and the same is true for networking.

This week we hosted an event for over 500 women at the Serpentine Pavilion with Frida Escobedo, the youngest architect and only the second solo woman to design the annual summer pavilion. This evening at the Serpentine facilitated networking amongst senior women - half of our guests were from Goldman Sachs and the other half were their clients and friends, as we understand the importance of building networks both internally and externally. Allowing our senior women to bring a guest from outside the firm is another way we are upholding our mission of encouraging women to support women.

Like everything else, networking is a skill that develops over time. Practice makes perfect. For those who are more advanced in their careers and have found ease with networking, consider paying it forward by inviting someone just starting out to join you at networking event, or better yet, proactively reach out to have coffee with someone who has just joined your organization. Networking can be intimidating, especially for young professionals. Sometimes just having a person to show up with at an event can make all the difference. So what networking events are you going to this summer, and who can you bring along?