Is It Time to Switch from Stocks to Bonds? As central banks ratchet up interest rates to contain inflation, high-grade bonds are starting to give stocks a run for their money, according to Goldman Sachs Research’s 2023 Outlook for Asset Allocation. 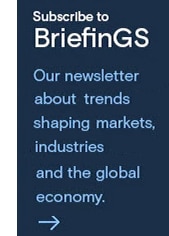 Bond yields trended down following the global financial crisis, making stocks seem like almost the only choice for investors seeking attractive returns. In fact, equities have materially outperformed bonds since 2008 and especially since the COVID-19 crisis — the relative performance of the S&P 500 Index versus U.S. 30-year Treasury bonds has reached new peak levels this year, much above those during the tech bubble. But after a sharp increase in bond yields this year, new and potentially less risky alternatives are emerging in fixed income: U.S. investment grade corporate bonds yield almost 6%, have little refinancing risk and are relatively insulated from an economic downturn. Investors can also lock in attractive real (inflation-adjusted) yields with 10-year and 30-year Treasury inflation protected securities (TIPS) close to 1.5%.


The S&P 500 Index of U.S. stocks, by contrast, has a dividend yield of only about 1.7% and a cyclically adjusted earnings yield close to 4%. The gap in yields between stock and bonds has narrowed substantially since the COVID-19 crisis and is now relatively low. The same is true for riskier credit, which yields relatively little compared with risk-free Treasuries. Investors aren’t getting much compensation for the risk of owning equities or high-yield credit in comparison to lower risk bonds. As a result, equities and high-yield debt are particularly exposed to an economic slowdown or recession.

“That just makes equities and riskier debt very vulnerable for disappointments on growth next year,” says Christian Mueller-Glissmann, head of asset allocation research within portfolio strategy. “There is less incentive to go up the risk curve because there’s not much risk premium.” For stocks to be the better investment, investors will need to be compensated for the extra risk – this can be either through higher yields, which is currently not the case, or particularly strong growth. Indeed the long-term growth of S&P 500 earnings necessary to achieve an equity risk premium in-line with its long-run average of 4.5% has increased to near 7%. Given the headwinds to global economic expansion, and recent inflationary trends like deglobalization, decarbonization and labor shortages (which can weigh on profit margins), it will be difficult to achieve the growth that’s embedded in stock valuations.

“Unless the world generates a new productivity engine, these are very optimistic kinds of numbers with everything we know right now,” Mueller-Glissmann says.

There’s an argument that stocks are less risky in periods of higher inflation. Equities have tended, over longer periods, to deliver a higher return than fixed-income assets in inflationary times – that might justify a lower equity risk premium, especially considering very high rates volatility this year. But economists at Goldman Sachs expect inflation to decline in 2023, and with that rates volatility should moderate.  “With the risk premium having come down so much, it doesn’t compensate you for the extra risk equities may have next year with slowing global growth, U.S. growth below trend and elevated recession risk,” Mueller-Glissmann says.

And while bonds have been especially volatile of late, there are signs that these swings are peaking. Higher yields have also reduced the duration risk (the risk that a bond’s price will fall as rates climb) for fixed-income assets at the same time that economic growth is becoming more of a concern. That all suggests that risks are piling up for the equity market next year while bonds might become less risky.

The role of bonds in a portfolio is nevertheless changing. While government debt yields were low, or even negative, in the years after the crisis in 2008, they still offered protection to a portfolio because their prices tended to rise when equities fell. Now that interest rates have risen, they can actually offer a competitive return versus stocks, but they might not buffer so-called risk-off moves as reliably as in the last 30 years, according to Goldman Sachs Research.

And timing still matters. Ten-year U.S. Treasury yields remain low by historical standards, especially after recent declines. And because inflation is running at much higher levels than the targets set by major central banks, policymakers could surprise markets with additional hawkish shifts. Strategists at Goldman Sachs expect yields on 2- and 10-year Treasuries to rise higher before they peak in the first half of 2023.

Markets are now pricing in a more dovish Federal Reserve, signalling an expectation that the U.S. central bank will begin lowering its funds rate by the end of next year. Our economists, by contrast, don’t expect any rate cuts in 2023. If the U.S. economy turns out to be more resilient than anticipated and inflation stickier in 2023, stock markets and Treasuries could fall in price.

That’s why, in the near term, bonds could remain more of a source of risk than of safety: policy rates could end up going higher, and staying there longer, than investors are prepared for, Mueller-Glissmann says. With inflation still running hot, central banks are more likely to try to cool economic growth and tighten financial conditions than to boost them. And if they don’t fight inflation, there’s a risk that longer-dated bond yields will increase anyway because of rising long-term inflation expectations.

“We see potential for bonds to be less positively correlated with equities later in 2023 and provide more diversification benefits,” Mueller-Glissmann says. “But until central banks stop hiking and inflation normalises further, they are unlikely to be a reliable buffer for risky assets.”

For more from Christian Mueller-Glissmann, head of asset of allocation research, listen to Exchanges at Goldman Sachs – Asset Allocation Outlook for 2023: Greater Diversification and Divergence.