November 7, 2018 – Today is an important day for our culture and our people as we welcome a new class to the partnership. This talented group of individuals – representing the best of Goldman Sachs – will join our current partners in guiding, advising and inspiring our people to action on behalf of our clients and our firm.

The Partner Class of 2018 is smaller than in recent years, highlighting the aspirational nature of the partnership. In addition, we are pleased that this year’s class includes the highest percentage of women and black partners in our history.

We expect that each of these individuals will continue to serve as role models to our people in advancing the Goldman Sachs franchise by providing superior client service, driving long-term shareholder returns and demonstrating the highest level of dedication and integrity.

These decisions are extremely difficult, and we acknowledge the hard work of those who were not selected this year. We are confident that many of them will be named partners in the future.

Congratulations to the Partner Class of 2018.

Learn more about the Partner Class of 2018: 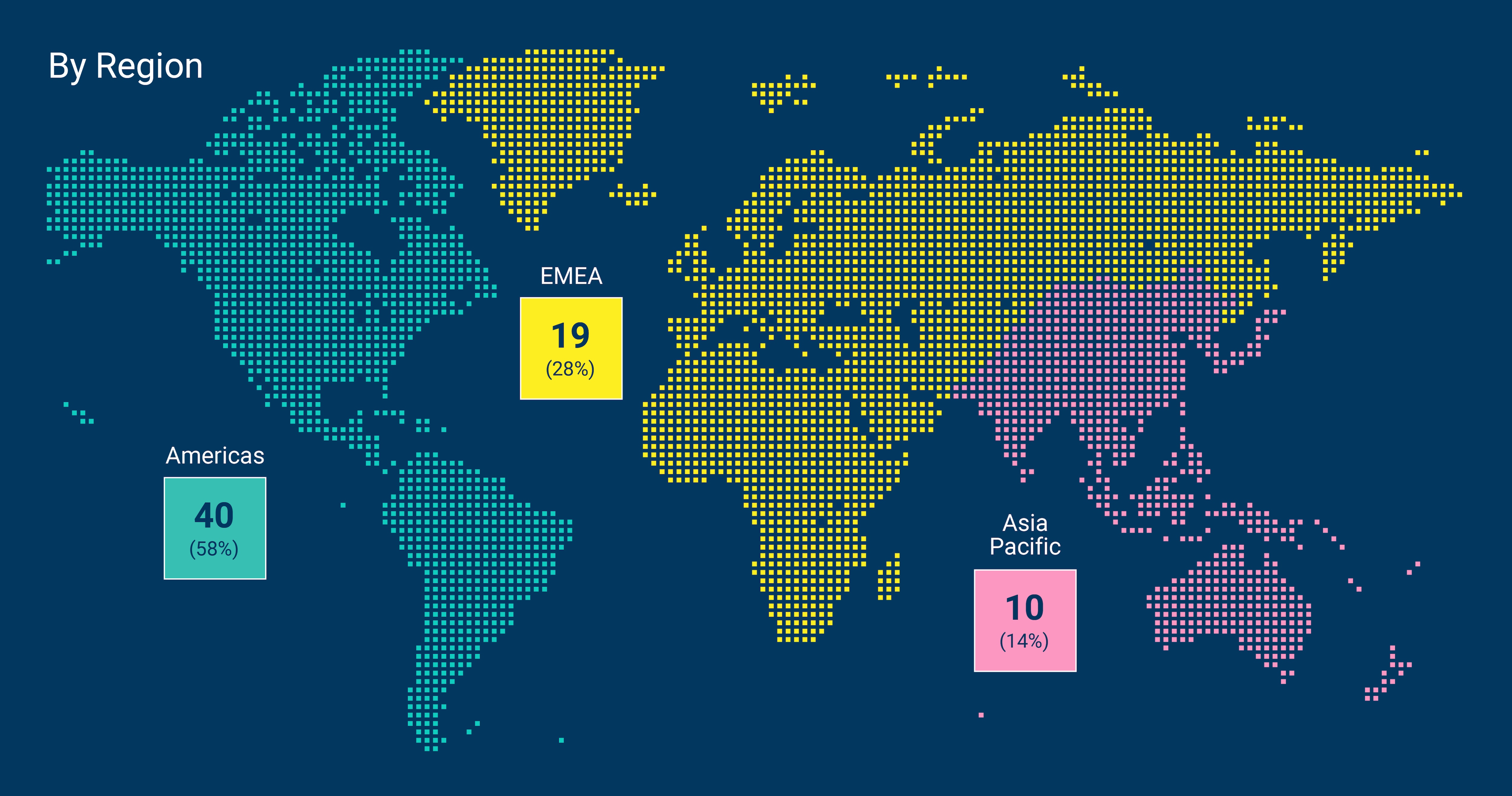 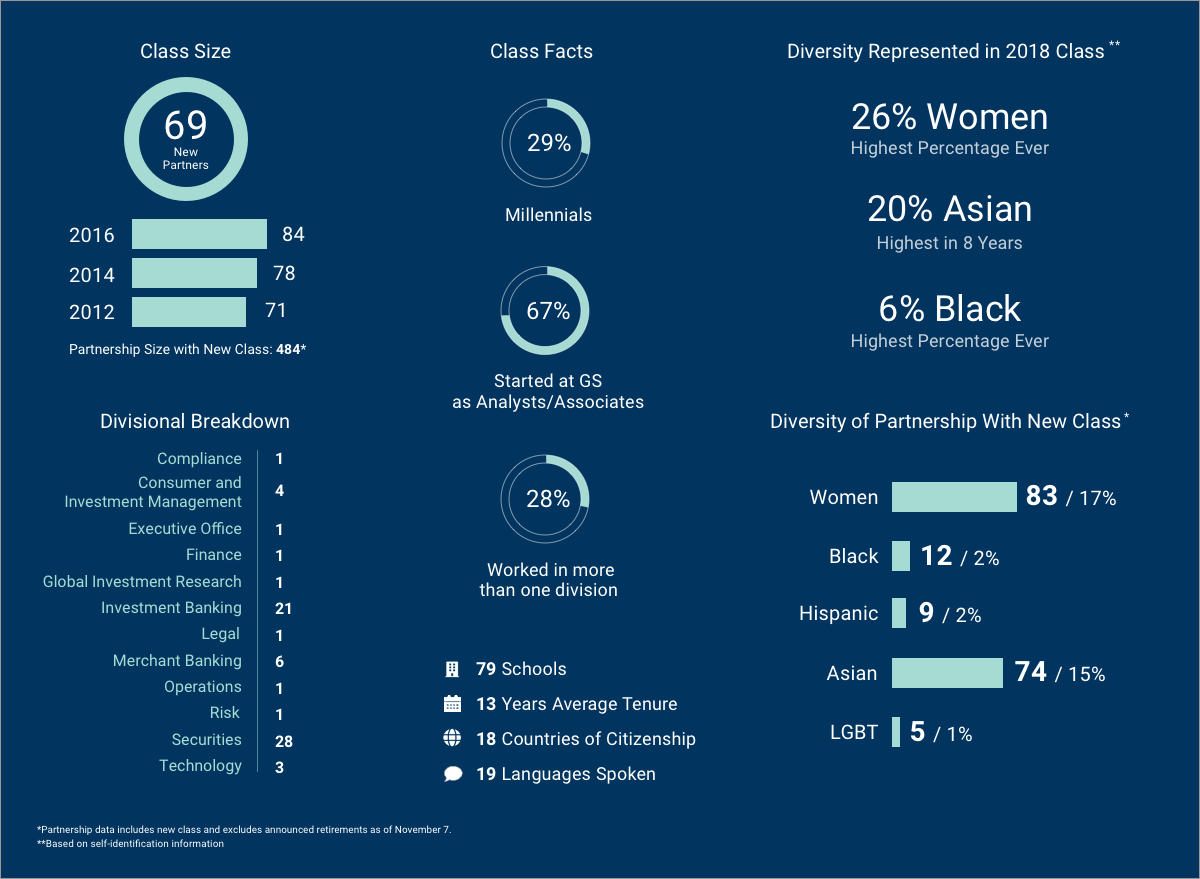 The following individuals will become Partners of the firm as of January 1, 2019, the start of our next fiscal year.


The Goldman Sachs Group, Inc. is a leading global investment banking, securities and investment management firm that provides a wide range of financial services to a substantial and diversified client base that includes corporations, financial institutions, governments and individuals. Founded in 1869, the firm is headquartered in New York and maintains offices in all major financial centers around the world.