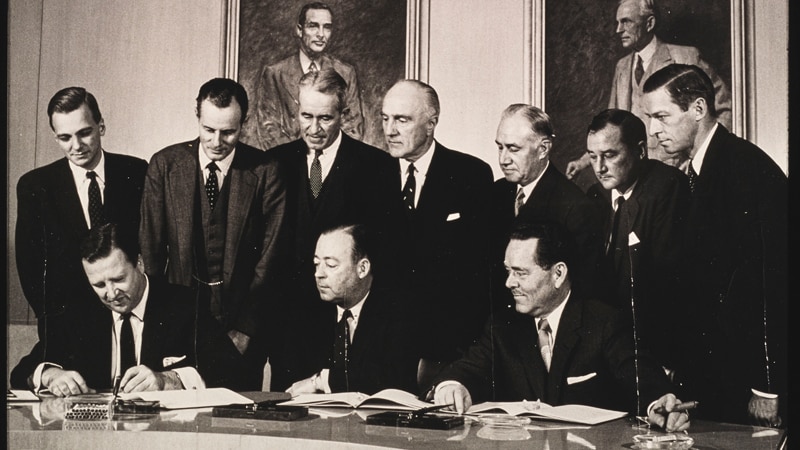 Goldman Sachs leads the Ford Motor Company’s US$657 million IPO in 1956, the largest common stock offering to date in the United States. Sidney Weinberg, a long-time friend and informal advisor to the Ford family, becomes one of Ford Motor's first outside directors. 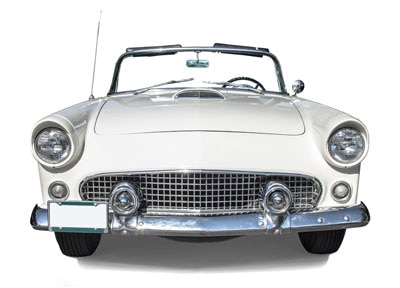 Sidney Weinberg met Henry Ford II in 1947, when the Ford heir, then just shy of 30 years old, found himself at the helm of the company founded in 1903 by his grandfather Henry. When Ford took over as President of the privately held Ford Motor Company on the death of Edsel Ford in 1945, he found the company in some financial disarray, and worked to transform it into a disciplined organization with modern management systems

Over the next several years, Weinberg and Ford’s relationship deepened. Weinberg worked as an informal advisor to the Ford family and consulted closely with Henry II in matters relating to Ford Motor Company. In the early 1950s, Ford turned to Weinberg for counsel as he looked to restructure the company in a way that would cede some control and voting rights to those outside the immediate Ford family. In 1956, Weinberg put together a plan that allowed Henry Ford II to take his company public. At US$657.9 million (more than US$28.5 billion in 2018 dollars) and 10.2 million shares, the Ford Motor Company IPO of 1956, led by Goldman Sachs, was the largest common stock offering to date. Sidney Weinberg became one of Ford Motor's first outside directors.

The Ford IPO cemented what would be a long-standing relationship between Goldman Sachs and Ford. In 1991, Ford announced an offering of US$750 million of preferred stock, co-lead managed by Goldman Sachs and Merrill Lynch to cover financing needs, but soon raised the size of the offering to US$2.3 billion—the largest preferred equity offering in history at that point. In 1996, Goldman Sachs served as global coordinator and lead underwriter in the IPO of Associates First Capital Corporation, the consumer finance unit of the Ford Motor Company, offering 20 percent of its stock and raising US$1.94 billion.