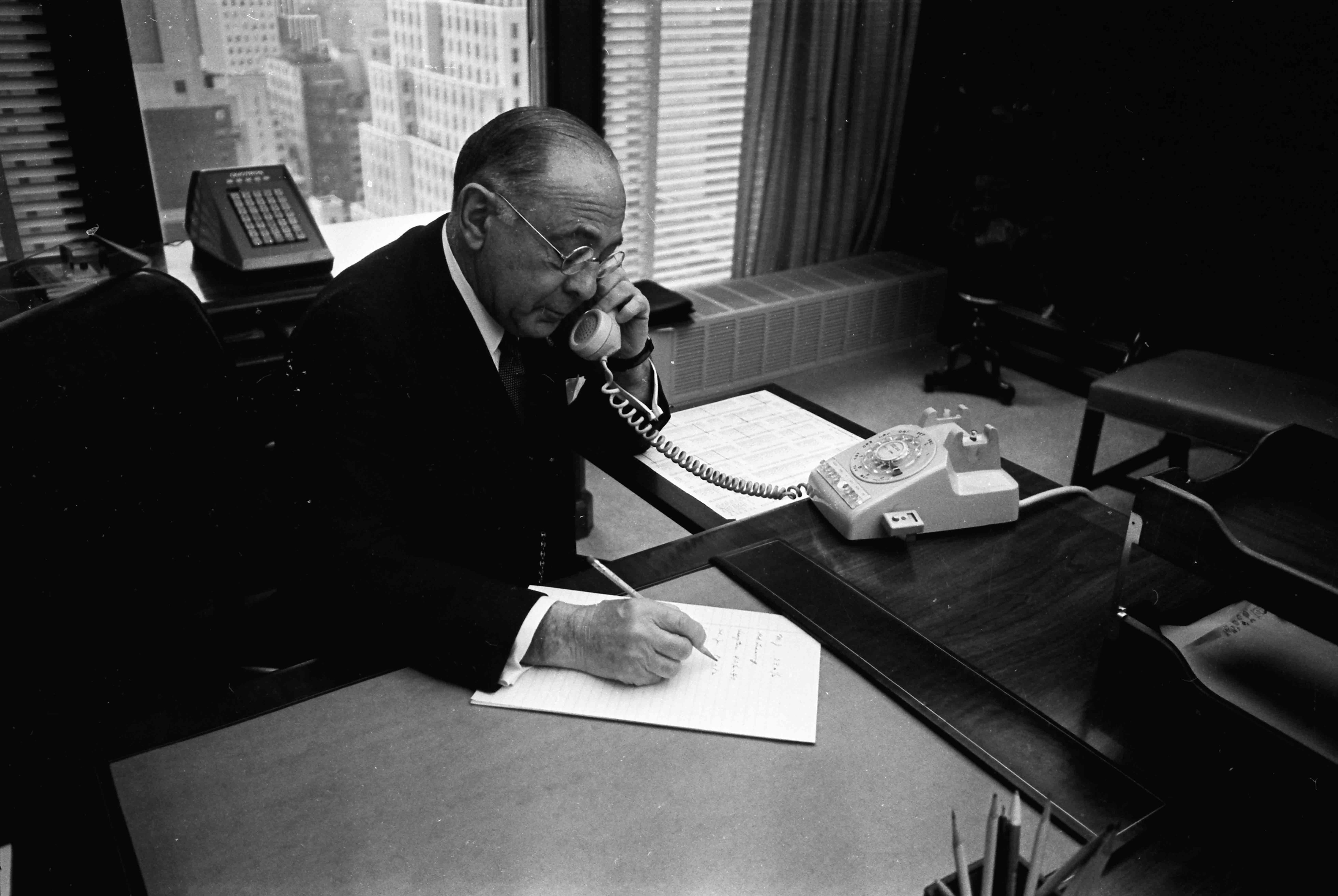 Born in 1891 in New York, Sidney J. Weinberg began working at an early age, delivering feathers for a millinery business and acting as a messenger for investment firms before joining Goldman Sachs at the age of 16 in November 1907 just as the financial panic of 1907 subsided.

Starting at US$5 per week as an assistant to the janitor — a role whose responsibilities included cleaning spittoons — Weinberg quickly gained notice within the firm for his drive and initiative. He soon became head of the mailroom and caught the attention of Paul Sachs with a complete plan for its reorganization.

Recognizing Weinberg’s raw talent and charisma, Sachs became an early champion of his career at Goldman Sachs. In fact, Sachs later paid the tuition for Weinberg’s first investment banking course in New York University and continued to mentor him in building a successful career with the firm.

Weinberg’s Horatio Alger story led him from the lowest position at Goldman Sachs to becoming one of the most powerful men on Wall Street. He rose to senior partner of Goldman Sachs in 1930; held 35 directorships in companies including Ford, General Electric, Sears, National Dairy Products (now Kraft), and B. F. Goodrich; and was advisor to five US presidents. Over the course of his career until his death in 1969, Sidney Weinberg displayed in his office the brass spittoon he polished in his first job at Goldman Sachs.