Gustave ("Gus") Levy was born in New Orleans in 1910 and spent his early years in Paris and New Orleans before moving to New York in 1928. Starting as a runner for the brokerage firm Newborg & Co., Gus joined Goldman Sachs in 1933 as a trader on the foreign bond desk. His rise through the ranks heralded a new era for the firm’s business. He was named partner in 1945.

Always with an eye on creating long-term value for clients, Gus transformed the sales and trading function at Goldman Sachs by popularizing the practice of block trades, making it a commercial focus for the firm. An expert in risk arbitrage, Gus was able to inculcate a new level of risk management into the firm’s culture, laying the foundation for what would become the Securities Division. 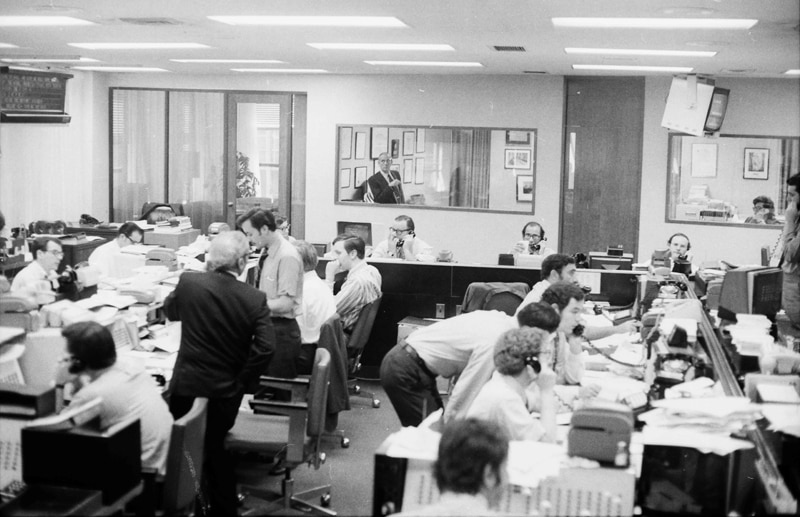 Gus was known for having his office in the back of the trading room, from where he constantly monitored the tape through a window. From 1971 through 1976, the firm handled an average of more than 100 million shares annually in trades of 10,000 shares or more on the New York Stock Exchange.

Beginning in 1969, when he became senior partner, Gus helped diversify the firm’s operations and Management Committee. At the time of his passing seven years later, Goldman Sachs had 47 general partners and 18 limited partners, representing total investment capital of US$78 million and with no partner owning more than 10 percent of the firm.

Like Sidney Weinberg before him, Gus was one of the most respected men in the industry, serving as chairman of the New York Stock Exchange and director of 16 major corporations. His financial expertise was equally in demand outside of the industry. Gus was a commissioner of the Port Authority of New York and New Jersey. He served as chairman of Mount Sinai’s Hospital, Medical Center, and School of Medicine, and as a trustee to the Museum of Modern Art, the Inner-City Scholarship Fund, and the John F. Kennedy Center for the Performing Arts. Despite never completing college, he taught investment banking as a distinguished adjunct professor of finance at New York University.

Gus became one of the country’s top philanthropic and political fundraisers. He raised hundreds of millions of dollars for the United Jewish Appeal of Greater New York and the Federation of Jewish Philanthropies of New York.

Gus led Goldman Sachs until he passed away in 1976. He was succeeded by John L. Weinberg and John C. Whitehead, who served as co-senior partners.