In October 1986, the London Stock Exchange is deregulated. Known as the “Big Bang,” these sweeping rule modifications strengthen London’s position as a global financial hub.

London’s importance as a financial center dates to the Glorious Revolution of 1688, which made the English crown’s promises to pay its debts more credible and began a virtuous cycle for the development of England’s financial markets. London was the epicenter of global finance for centuries, until the US dollar became the global reserve currency in the mid-1920s.

Although London’s global importance diminished with the emergence of the Bretton Woods financial and monetary system following World War II, it remained the most important financial center in Europe and the most important market in the world for Eurodollars and currencies. The elimination of exchange controls in 1979, however, reinforced the dominance of the New York Stock Exchange (six times bigger than London by market capitalization in the mid-1980s) and strengthened the Tokyo Stock Exchange (twice as big as London’s) as key global players. Against this backdrop, the London Stock Exchange needed to become more competitive. 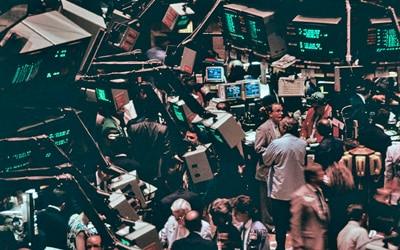 Under pressure from regulators from the Thatcher government (1979-1990) and the Bank of England, members of the London Stock Exchange agreed in 1983 to enact radical changes that would improve the Exchange’s ability to compete globally. Similar in scope to the “May Day” deregulation of US securities markets on May 1, 1975, the changes to the London Stock Exchange were referred to as the “Big Bang.”

On October 27, 1986, the “Big Bang” eliminated fixed commissions on securities trading; authorized firms to operate in dual capacity, representing investors (brokering) and executing wholesale trades (dealing or jobbing) on both equities and government debt titles (also known as gilts); opened the Exchange to foreign firms; and implemented a screen-based technological platform in lieu of floor-based trading.

The measures proved successful in achieving the London Stock Exchange and the government’s objectives. The volume of shares traded on the Exchange and its market capitalization increased, reinforcing London’s leadership in interbank lending, bond, commodities, and currency markets, and facilitating 24-hour trading across the world. Goldman Sachs joined the London International Stock Exchange in December 1986, becoming a primary dealer of equities listed in London.