With the production of shale gas increasing dramatically, and oil production rapidly rising, the macro effects of the shale revolution are being felt around the world. The most dramatic impact is the gradual loosening of oil price constraints that have persistently threatened economic expansion in developed economies. According to Goldman Sachs research, the ability of shale to drive a resurgence of energy production in North America is creating powerful economic benefits. The revolution will contribute structurally to a more stable oil market, in which global demand can rise without placing the same upward pressure on energy prices. Other likely outcomes include an end to the drag energy prices can place on household incomes, improvement in the U.S. trade balance by 1.2 percent of GDP by 2017, and strengthening of the U.S. dollar by 5 –10 percent, according to Goldman Sachs research.

INVESTMENT IS NOW CRUCIAL TO TURNING ENERGY PROMISE INTO REALITY

Jeff Currie speaks about the shale revolution and the path to balancing supply and demand.

According to Jeff Currie, global head of Commodities Research in the Global Investment Research Division at Goldman Sachs, a crucial task is “coupling the rapid advances in energy supply with investments that enable society to benefit, whether in manufacturing, transportation or the generation of power.”

As that process unfolds, Goldman Sachs is focused on helping bring important stakeholders together to overcome impediments. “We don’t just have a role as an advisor and source of capital for energy companies,” Currie says. “We can also help facilitate the dialogue that is needed right now between policy on one side and finance on the other.”

9 SMART GRID NETWORKS ARE DRIVING
EFFICIENCY ALONG THE ELECTRICAL GRID

WITH NEW SMART GRID TECHNOLOGY, utilities worldwide are better able to maximize the efficiency of the electrical grid while enabling customers to reduce their costs. One of the clear leaders in this space is Silver Spring Networks, whose smart grid networking platforms connect millions of devices along the grid that generate, control and monitor power. These networks provide a wealth of data that enables utilities to enhance efficiency, increase reliability and automate manual services, including meter reading. They also enable households to monitor their own energy use and make adjustments during times of expensive peak demand. In 2013, as lead bookrunner, we helped Silver Spring Networks raise $93 million through an IPO.

Bloom Energy, one of many innovative businesses for which Goldman Sachs has provided advice and financing, is part of a growing movement toward distributed on-site energy production. Its main concept: fuel cells that turn natural gas or biogas into electricity — cleanly, reliably and at a competitive cost for commercial enterprises including data centers, government facilities and utilities. In the wake of Hurricane Sandy, Bloom’s fuel cells were up and running when other sources of power were unavailable.

With a growing global population and increasing per capita consumption of energy, finding new ways to produce energy is of paramount importance. “We have made good progress toward our target of financing and investing $40 billion in clean energy over the next decade,” says Stuart Bernstein, global head of both the Clean Technology and Renewables Group and the Venture Capital Coverage Group at Goldman Sachs. “Our work is wide ranging in industries from renewable power production to electric vehicles to grid optimization to demand response.” Highlighting our work in solar, Bernstein says, “While there continues to be innovation upstream producing photovoltaic panels more efficiently, our work with downstream solar clients allowed companies installing photovoltaic panels on homes, businesses and military installations to provide lower energy costs to their end users.”

In 2013, Goldman Sachs hosted the Second Annual Clean Energy Ecosystem Summit in Menlo Park, California. This conference brought together leaders of the world’s most innovative energy start-ups; key decision makers of the largest energy, technology and industrial companies globally; influential investors; and leaders across research, government and finance to share insights, foster a dynamic dialogue and — ultimately — be a catalyst for growth and innovation in clean energy. 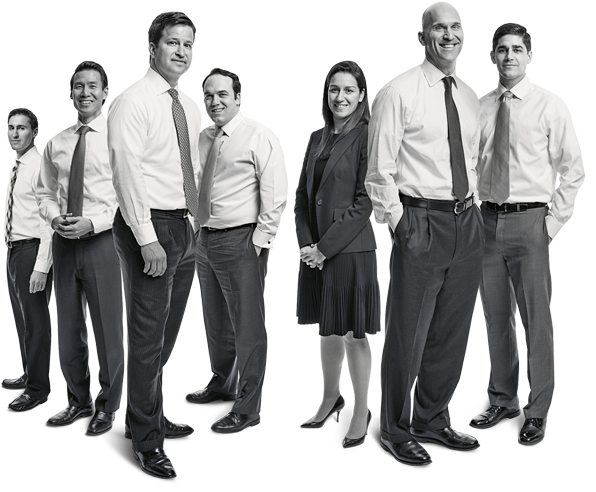 12 As the industry evolves, energy companies are positioning for success with support from innovative financing solutions

WHEN NRG ENERGY, INC., America’s largest competitive generation business, completed the IPO of NRG Yield, it created a first-of-its-kind business in the U.S. that is focused on keeping pace with the country’s growing need for environmentally responsible power. NRG Yield consists predominantly of renewable and gas-fired generation capacity that has been contracted over the long term by its utility customers. NRG Yield also proved to be a compelling investment opportunity for a variety of investors. The key: securities that offered generally stable, long-term cash flow with the prospect for growth. Yield Company structures enable energy businesses such as NRG to expand the investor base for its portfolio of assets, creating a cost-of-capital advantage to economically fund the acquisition and development of assets that are well-positioned for the future. Co-led by Goldman Sachs, the $495 million offering attracted a wide range of yield-conscious investors. A portion of the proceeds from the IPO allows the company to continue investing in the future of the industry, such as the 250-megawatt California Valley Solar Ranch, a utility-scale power plant with 10 vast solar arrays that follow the path of the sun, and capture up to 25 percent more energy than traditional systems.

13 IN THE SPECTRUM
OF ENERGY SOURCES,
WIND IS MAKING
AN IMPORTANT
CONTRIBUTION

As both developed and emerging market economies seek to create more diversified energy streams, wind power, both stand-alone and grid-connected, is becoming a more substantial energy source. In India, ReNew Power, whose mission is to enable the country to meet ambitious renewable energy targets, has already become a leader in the fast-growing renewable energy industry, with close to 400 megawatts of operating wind capacity. To date, Goldman Sachs and affiliated funds have invested $320 million to help ReNew Power expand, and Goldman Sachs has entered into a deal with ReNew to purchase wind power for our office in Bangalore.