Boundaries within markets and industries are dissolving, bringing forth new opportunities for consumers, companies and economies

In New York, an investor buys 5,000 shares of a top software developer — in Korea. In Bern, a pharmaceutical giant searches for the next big biotech startup — in Cambridge, Massachusetts. In California, a young technologist discovers the job of his dreams — helping to drive the strategy of a leading retail company. Increasingly, boundaries between markets and industries are fading in just about every sector, industry and region of the world.

The question is no longer whether globalization is upon us, but rather what, if any, are the limits of its impact? For consumers, an interconnected world means more choices and more competitive prices on the goods and services they want. For the companies trying to reach them, it means more competition, increased pressure to anticipate consumer trends, and unprecedented opportunity to tap into new markets.

The global search for growth has led to a surge in M&A activity, a convergence of companies and industries and an opening up of markets around the world like never before. Looking ahead, these increasingly interconnected markets and industries will bring forth a new reality for consumers, corporates, countries and economies alike.

At the time of the closing of the transaction in January 2014, the $3.4 billion sale of an 87.5 percent stake in Germany-based Grohe, a water technology company owned by U.S. investors, to Lixil Corporation of Tokyo and the Development Bank of Japan was the largest-ever acquisition of a Germany-based company by a Japanese company. Under the ownership of financial sponsors TPG and DLJ Merchant Banking Partners, the Grohe management team transformed the company into a global leader with attractive positions in high-growth markets. Goldman Sachs served as financial advisor to both sellers and provided integrated M&A advice, with expertise from its global team based in Frankfurt, London, New York, Tokyo and Beijing.

Lenovo, a global Fortune 500 company, is a leader in providing innovative consumer and enterprise technology products and solutions to customers in more than 160 countries. The company set the pace for M&A last year with the $2.3 billion acquisition of IBM’s x86 server business. The deal, announced in January 2014 and initially closed in October 2014, was a logical next step for a company growing its global enterprise hardware leadership position. In advising Lenovo, Goldman Sachs brought a wealth of cross-border experience to the deal — critical in this complex transaction involving multiple business carve-outs and strategic relationships. This was the second major M&A transaction between the two companies, following Lenovo’s purchase of IBM’s ThinkPad PC business in 2005, in which Goldman Sachs was also financial advisor to Lenovo. 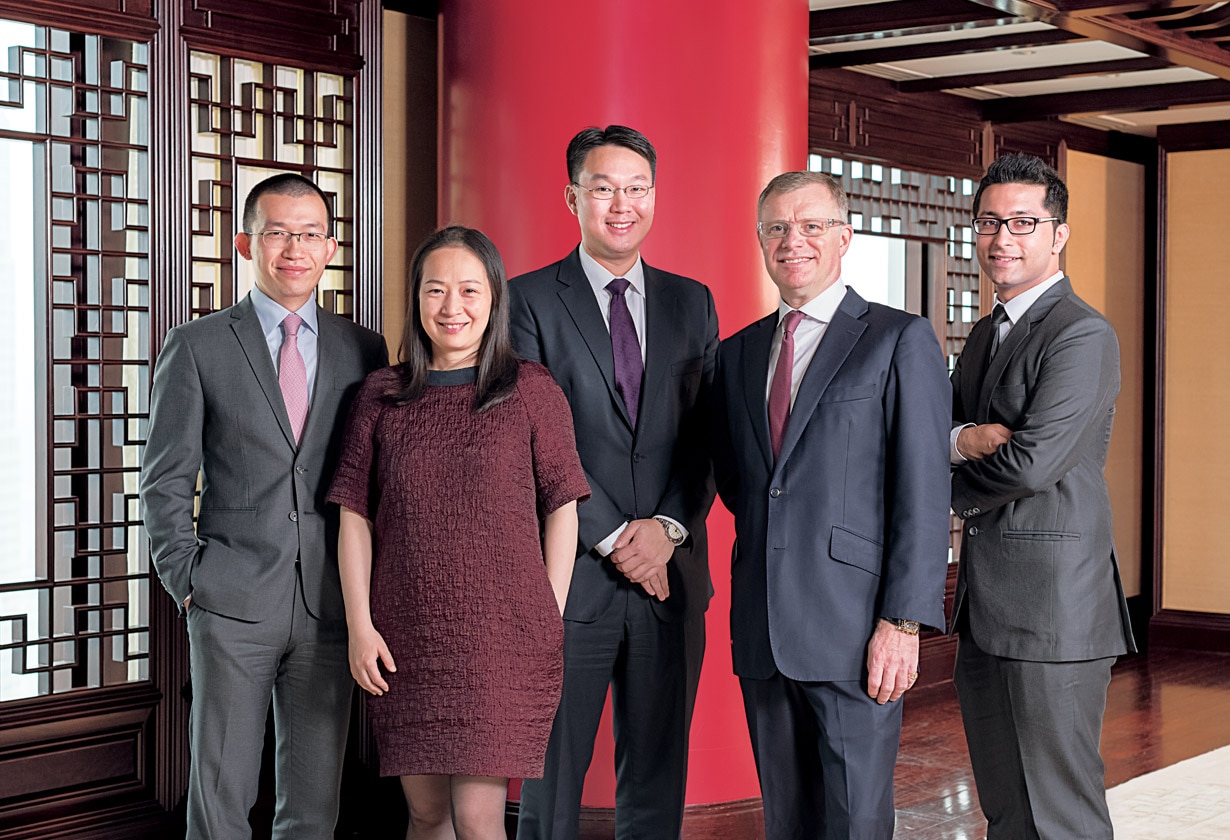 Among noteworthy drivers was an increase in the number of cross-border deals targeting European companies. Germany in particular had significant investment coming from both the U.S. and China.

In addition, 2014 saw industries break through the constraints of traditional expectations and boundaries. For example, within the healthcare industry, the convergence between pharmaceuticals and biotech has taken shape. This past year saw an increase in established pharmaceutical companies acquiring innovative biotech companies in an effort to add promising therapies, such as immuno-oncology, to their offerings.

Around the world, a renewed commitment to market liberalization and international trade has the potential to foster growth for decades to come. But no single market is guaranteed such benefits. As consumers increasingly tap into the global marketplace, centers of commerce must compete aggressively for the world’s business. Any financial marketplace that is to thrive — if not merely survive — must be as attractive halfway around the world as it is at home.

When it comes to investments and growth, according to Sheila Patel, CEO of International, Goldman Sachs Asset Management, “everyone is thinking not only about the growth in their own economy, but what’s going on elsewhere. What’s happening in China? What’s happening in Europe or the U.S.? There is so much that’s dependent on each other. And, whether it’s oil prices or what a central bank does a continent away, it matters today to everyone in terms of their own investments.”

In a transaction that demanded global coordination, Goldman Sachs helped Cinven, the European private equity firm, sell PizzaExpress, a leading U.K. restaurant operator, to an overseas buyer for approximately £900 million. Building on its long-established leadership position in the U.K. casual dining market, PizzaExpress gives Beijing’s Hony Capital an opportunity to introduce a Western casual dining experience to Asian consumers. To speed the sale and enhance competition in the process, Goldman Sachs marketed PizzaExpress to investors worldwide and coordinated the necessary financing that culminated in the placement of £610 million in senior notes, further providing Hony Capital with the assurance it needed to move forward with the acquisition.

In 2014, the economies of Brazil, Russia, India and China inked major agreements that will enhance connectivity in the developing world. According to Goldman Sachs Global Investment Research, trade between Latin America and China has grown exponentially — from $12 billion in 2000 to $289 billion in 2013 — with China being the second-largest source of Latin American imports (after the U.S.) and the third-largest purchaser of Latin America’s exports (after the U.S. and the European Union). China was active in its economic reform efforts throughout 2014, as the Shanghai-Hong Kong Stock Connect opened its doors to international investors seeking to invest in companies listed in Shanghai, furthering the globalization of financial markets.

Importantly, the success of this effort comes amid the potential for a bilateral investment treaty, or BIT, which would eliminate many of the restrictions that have previously constrained investment and trade between China and the United States. In July 2014, Goldman Sachs hosted American and Chinese leaders in Beijing for discussions on the BIT and the potential benefits of increased economic activity between the two countries.

The flow of capital is integral to ensuring basic infrastructure and large-scale development in many emerging economies. Put succinctly by Patel, “If the leverage of a great idea that happens in China can be brought to the west coast of the U.S., or the opportunity set up by an Indian technology company can be connected to what’s going on in Europe, that’s growth for everybody. And that’s where interconnectedness presents its greatest opportunity for all of us in the markets today.” 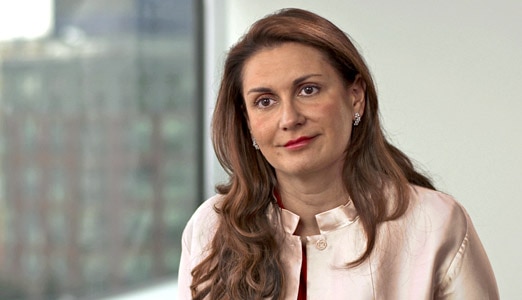 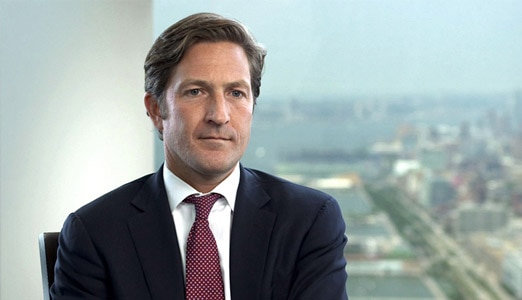 Trends in M&A Gregg Lemkau, co-head of Global Mergers and Acquisitions in the Investment Banking Division at Goldman Sachs, discusses some of the macro trends driving a resurgence in M&A activity. 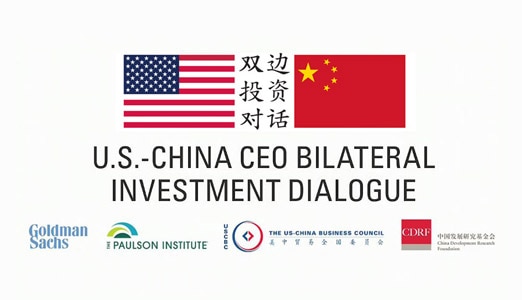 Trends in the Healthcare Industry Jami Rubin, business unit leader of the Healthcare Research Group in Global Investment Research at Goldman Sachs, discusses innovation in healthcare, including the extraordinary progress being made in the treatment of cancer through immuno-oncology. 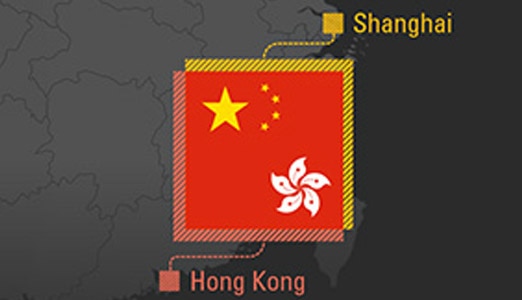 What is the Shanghai-Hong Kong Stock Connect? A major change is under way in the structure of the Chinese stock market and, by extension, the global stock market. 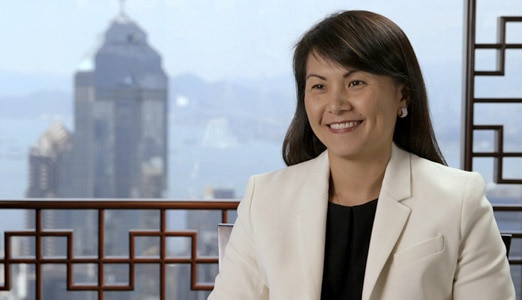 Understanding Stock Connect Christina Ma, a managing director in the Securities Division at Goldman Sachs, discusses the implications of the Shanghai-Hong Kong Stock Connect program and what it may mean for the region and investors around the world.