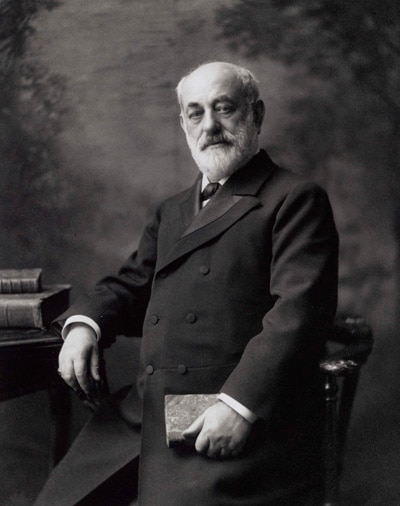 Marcus Goldman, the founder of Goldman Sachs, was born in Bavaria in 1821 to a Jewish family led by a peasant cattle drover. Marcus sailed to America as part of a wave of migration resulting from the European Revolutions of 1848 and antisemitism in Germany.

Marcus landed in the United States with a brother and began work as an itinerant merchant peddler in Philadelphia. There, he met his future wife, Bertha, and they started a family. In 1869, the Goldmans moved to New York City (the undisputed financial capital of the United States since the 1840s) with their five children.

Marcus’s entrepreneurial instincts served him well in New York. He set up a one-room shop on Pine Street and developed a small business buying and selling promissory notes, financial instruments similar to commercial paper. His strong relationships with merchants allowed him to evaluate their creditworthiness and act as a reliable intermediary between small borrowers and institutional lenders.

At that time, Marcus conducted the majority of his business among wholesale jewelers on Maiden Lane in Lower Manhattan and leather merchants and tanners on Beekman Street, reselling their short-term notes to banks and other institutional investors. In his first year, he singlehandedly transacted more than US$5 million in commercial paper.

Over time, Marcus’s reputation for diligence, accuracy, exactitude and persistence helped grow his business significantly. By 1890, his company was turning over US$30 million in paper annually (US$677 million in 2019 dollars).

Marcus served as senior partner until 1904, when he died in New Jersey. He was succeeded by his son-in-law, Samuel Sachs, and his son, Henry.