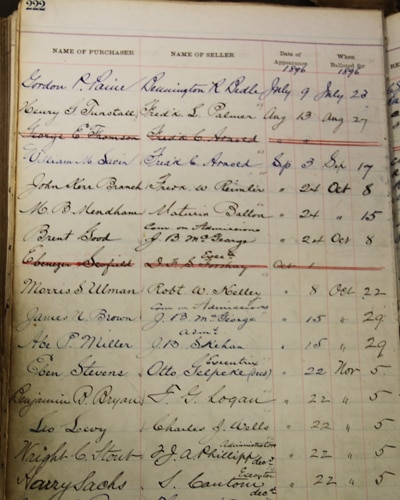 In 1894, Harry Sachs, Samuel’s brother, joined the firm which had grown to five partners, plus clerks and messengers.

In 1896, Goldman Sachs joined the New York Stock Exchange as a member company, and Harry Sachs became the first Goldman Sachs partner to have a seat on the NYSE. That same year the Dow Jones Industrial Average (DJIA) was first published in The Wall Street Journal, and ten years later, climbed above a noteworthy milestone for the first time: 100.

103 years later, the NYSE would be the setting for the Goldman Sachs IPO, one of the largest financial services initial public offerings in US history at the time, involving almost 69 million shares and raising US$3.6 billion.