In 1906, Sears, Roebuck and Co. was a burgeoning catalog business in need of capital to finance its robust growth. Goldman Sachs led an initial public offering for Sears that year, the success of which signaled the rise of the consumer/retail sector in the U.S. economy. 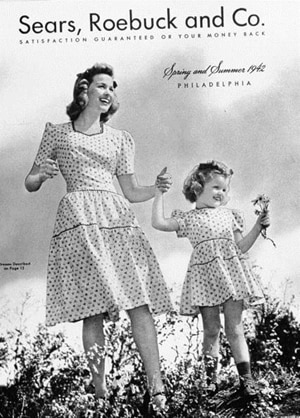 In the late 1800s, Richard Sears was an agent of the Minneapolis and St. Louis railway station in North Redwood, Minnesota. He also sold coal and lumber as a sideline. After taking possession of a shipment of watches unwanted by a local jeweler and reselling them profitably, Sears ordered more and decided to establish the R.W. Sears Watch Company in Minneapolis in 1886. In 1887, Sears moved to Chicago and partnered with watchmaker Alvah Roebuck to create Sears, Roebuck and Co. in 1893.

The company initially specialized in selling to farmers via mail order. After publishing its first catalog in 1894, Sears, Roebuck and Co. grew to become the largest mail order house in the world. Americans could purchase everything from jewelry, to sewing machines, to prefabricated houses from the pages of its catalog. The timing for a mail order business was auspicious, on the heels of westward expansion and the buildout of the country’s railroad system. Chicago clothing manufacturer Julius Rosenwald bought into the company in 1905 and helped organize a pioneering system of distribution that led to sales of nearly US$38 million by 1905.

The IPO’s pricing was considered unusual in that it was based less on the tangible assets of Sears than on the company’s rapidly growing sales and turnover and the stunning productivity growth of its new system of delivering merchandise. This approach was pioneered by Henry Goldman when he created the first Price to Earnings ratio to value commercial businesses as he sought to obtain capital for recently formed United Cigar Company in 1906. In the Sears case, the approach emphasized a nearly doubling of earnings between 1902 and 1906. The success of the Sears offering also signaled the rise of the consumer/retail sector in the U.S. economy, which at the time was driven largely by industry and banking.

More than a century later, the Sears, Roebuck and Co. IPO is still recognized for its innovativeness during a transformative time for American commerce and capital markets. The relationship between Sears and Goldman Sachs deepened in the ensuing years to become one of Goldman Sachs’ longest-standing client relationships.