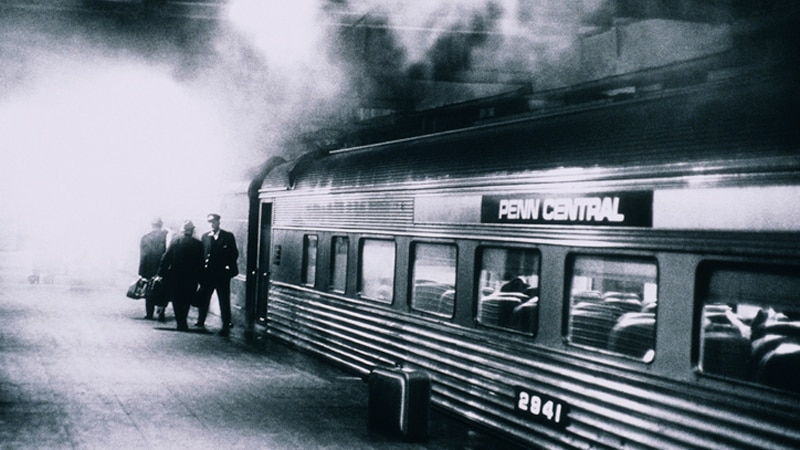 When Penn Central, the largest railroad in the country, declares bankruptcy in 1970, liquidity vanishes in the commercial paper market, roiling the market and threatening the very existence of Goldman Sachs, the market leader with nearly 300 other commercial paper-issuing clients.

The Penn Central Transportation Company was not only the largest railroad in the country; it was also the sixth largest firm in the United States and the owner of the most valuable real estate portfolio. Penn Central controlled more than 20,000 miles of track, one-eighth of the nation’s freight, and a network going from St. Louis and Chicago to Boston and Montreal. While its book value and assets were significant, problems lurked beneath the surface. Penn Central was asset-rich but cash-poor. And that was just the beginning.

Penn Central had been formed in February 1968 by the merger of two formidable rivals: the New York Central and the Pennsylvania Railroad. Together they controlled over US$6.5 billion in assets, yet combining forces did not yield an efficient or resilient entity. Freight cars were lost, switchyards were jammed and poor service and delays plagued both the passenger and freight lines. Penn Central had a highly complex corporate structure and experienced a number of management failures. As losses mounted, the dividend was cut and the stock price plunged; Penn Central had to rely on issuing commercial paper at ever-increasing interest rates. After an unsuccessful government attempt to rescue the firm, Penn Central filed for bankruptcy on June 21, 1970.

For Goldman Sachs, the bankruptcy posed enormous challenges on several fronts. In addition to the chaos descending on the firm’s client — Gus Levy’s client — Penn Central, the bankruptcy sent shock waves through the commercial paper market. As the market leader, the firm served nearly 300 other commercial paper-issuing clients who suddenly faced widespread redemptions from panicked investors. Market liquidity vanished and companies rushed to secure funding to buy back their paper.

Penn Central alone had US$87 million in issued paper in default. The potential losses for the firm were greater than its capital, posing a threat to its very existence. Goldman Sachs partners banded together to work through a series of litigation and settlements and the firm would ultimately see its way through. Eventually, converted Penn Central securities enabled the firm to recover some of its capital, but the damage to the firm’s reputation and the lessons learned were costly. In the years that followed, the firm would redouble its efforts to restore its reputation and market leadership.

A little over a decade following the bulk of the challenges posed by Penn Central’s bankruptcy, the US Department of Transportation would select Goldman Sachs to lead the sale of US$1.6 billion of 85 percent of Consolidated Rail Corporation — the entity that had taken over Penn Central’s operation — in one of the largest public offerings at the time.