Despite turbulence in Asian markets, China issues US$1 billion in a 1998 sovereign bond offering.

In the late 1990s, China continued its course of economic reform while avoiding contagion from the financial crises of its neighbors. On December 9, 1998, China issued US$1 billion in a sovereign bond offering. Despite coming on the heels of the Asian Financial Crisis, the deal was met with strong demand and priced accordingly. Goldman Sachs and Credit Suisse First Boston led the deal as joint book runners, helping China reap the benefits of careful financial stewardship through turbulent times in Asian markets.

Originally planned as a US$500 million offering, strong demand served to lower the yield and encourage China to double the offering to US$1 billion. The 10-year Yankee bonds would ultimately offer a coupon of 7.3 percent, just 280 basis points over the benchmark 10-year US Treasury Rate. 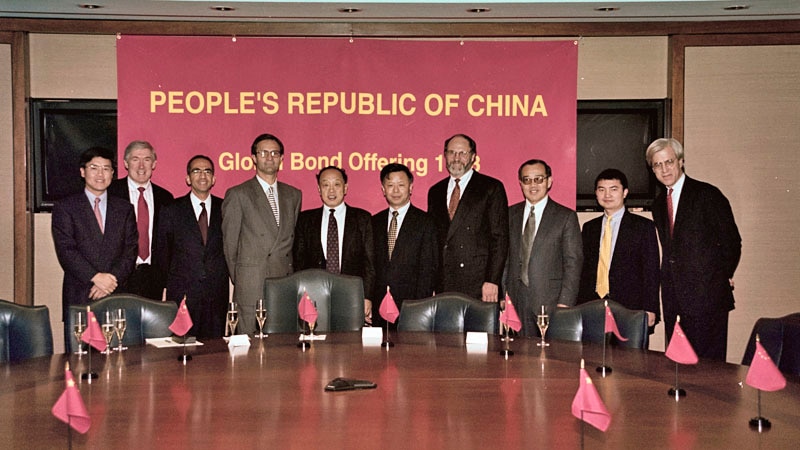 The offering benefited from a leading credit rating agency upgrading its China outlook from negative to stable, also reaffirming China’s strong investment-grade rating among emerging market countries. Further, the terms of the offering indicated that markets were differentiating between troubled Chinese provincial investment trusts such as Guangdong Enterprises Holdings and the Chinese government itself.

China had no impending funding needs for the proceeds of the offering, as it held foreign reserves of US$144 billion. But the bonds (the first from East Asia in eight months) and their strong demand (oversubscribed between 1.5 and 1.7 times) sent a signal to the market regarding China’s healthy economy, particularly relative to its Asian neighbors. The offering also helped to establish a favorable benchmark for other Chinese entities looking to tap into international capital markets in the near future.