The Global Markets Institute (GMI) is formed in 2004 to provide thought leadership on the economic impact of capital markets and their intersection with public policy. 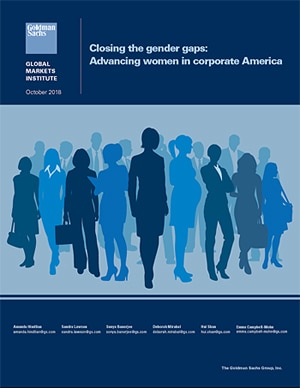 On December 4, 2004, Goldman Sachs announced the official launch of the Global Markets Institute (GMI). GMI was originally created to provide information to policymakers and the public about the role of the capital markets in society.

GMI's inaugural program featured a series of town halls held in cities across the United States addressing the role of capital markets in job creation. The first town hall was held in San Antonio, Texas, on November 23, 2004.

Along with the launch of the town hall program, GMI published its first white paper, “How Capital Markets Enhance Economic Performance and Facilitate Job Creation,” co-authored by the firm's then-chief US economist, Bill Dudley, and R. Glenn Hubbard, then-dean of Columbia Business School. Bill Dudley would go on to serve as president of the Federal Reserve Bank of New York from 2009 to 2018.

Famed investment strategist Abby Joseph Cohen, who joined Goldman Sachs in 1990 and GMI in 2008, published a series of papers spanning issues like growing geographical disparities in the United States and alternative energy sources in the BRICs.

GMI has since authored numerous publications covering topics like financial market regulation, small businesses, the gender pay gap, a survivor’s guide to disruption and the benefits and drawbacks of big data, among others. In 2018, GMI research underpinned the 10,000 Small Businesses Summit: “The Big Power of Small Business,” in Washington, DC, the largest-ever gathering of small business owners in the United States. The Summit focused on charting a path to help small businesses grow and compete successfully.