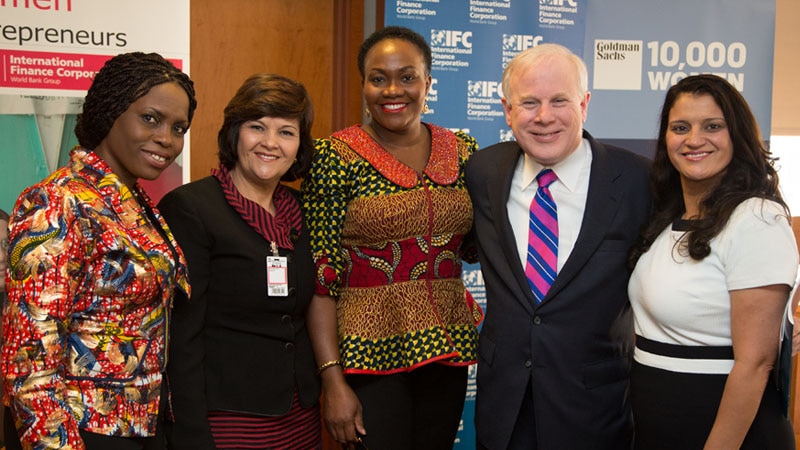 The Goldman Sachs Foundation and the International Finance Corporation create the Women Entrepreneurs Opportunity Facility in 2014 to provide much-needed financing to female entrepreneurs around the globe.

Goldman Sachs launched its 10,000 Women initiative in 2008 with the objective of providing thousands of women entrepreneurs around the world with a business and management education and access to networks and mentors. A report released by Babson College in 2014 found that, 18 months after graduation, 69 percent of the women who participated in the program increased revenues, and 58 percent added jobs. The typical participant more than doubled the size of her workforce. 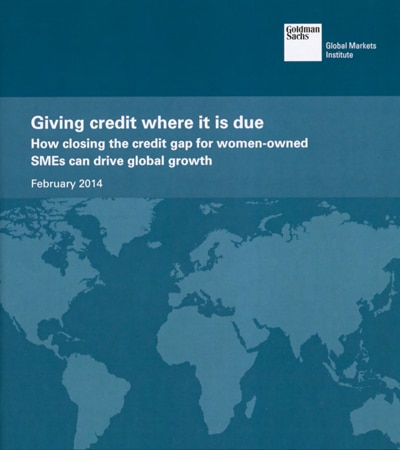 Research conducted around the same time found that access to capital continued to constrain the growth of women-owned businesses: an International Finance Corporation (IFC)-McKinsey study identified a US$260 billion to US$320 billion shortfall in access to credit for women entrepreneurs globally. According to a paper issued by Goldman Sachs’ Global Markets Institute in March of 2014 titled “Giving credit where it is due,” closing that gap could increase per-capita income by up to 12 percent in the BRIC and “Next 11” countries by 2030.

To help address the funding gap, Goldman Sachs partnered with IFC in 2014 to create the Women Entrepreneur Opportunity Facility (WEOF), the first-ever global finance facility for women-owned small- and medium-sized businesses (SMEs). Through the Goldman Sachs Foundation, the firm contributed US$43 million to the facility, complementing a US$100 million investment by IFC, with a goal of raising up to US$600 million from commercial investors and bilateral donors. The facility would also extend lines of credit and share risk with local banks in emerging markets, enabling them to lend to women-owned SMEs.

By shining a spotlight on the commercial viability of women entrepreneurs, the WEOF sparked significant additional institutional investment, including a commitment of up to US$100 million in co-investments from the US Overseas Private Investment Corporation (OPIC) in 2015. The WEOF reached US$1 billion in commitments in 2018, far exceeding its original goal. It has deployed capital in 26 financial intermediaries in 26 countries, including some of the poorest and most conflict-affected.