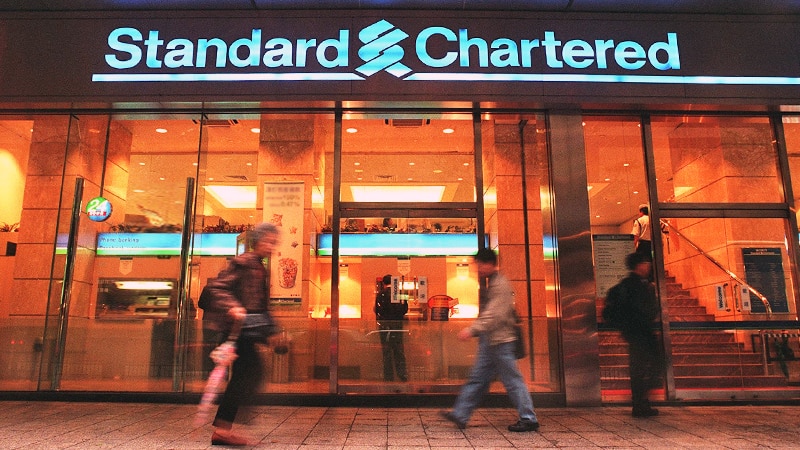 In 1986, Goldman Sachs advises Standard Chartered Bank when it is the target of a hostile bid from Lloyds Bank.

Standard Chartered disapproved the bid immediately, stating it was “strongly opposed” to Lloyds’ formal offer of GBP1.167 billion (US$1.7 billion). At the time of the offer, Goldman Sachs was working with Standard Chartered to assess the value of some of its holdings, including Union Bank. The firm also advised Standard Chartered on the US regulatory procedures surrounding the Lloyds bid. Given Standard Chartered’s ownership of Union Bank, the Federal Reserve Board would also need to authorize any change in ownership, a process that was unlikely to happen within the time frame necessary for the bid to be approved by the UK Takeover Code.

As a second line of defense against Lloyds’ hostile bid, Goldman Sachs and (now-defunct) Yamaichi Securities advised Standard Chartered to pursue a listing of some of its existing shares on the Tokyo Stock Exchange, where the shares were priced much higher than on the London International Stock Exchange, with the goal of making a takeover more expensive for Lloyds.

Ultimately, Lloyds’ offer was thwarted when three “white knight” investors came in and assumed control of 27 percent of Standard Chartered’s shares for more than GBP330 million (US$497.81 million).

Assisting with Standard Chartered’s raid defense was the beginning of a lasting relationship between the bank and Goldman Sachs. Among other global transactions, Goldman Sachs would go on to advise Standard Chartered on the sale of Union Bank in 1988 and its US$823 million acquisition of American Express Bank, completed in 2008. The firm would also underwrite new share issuances in multiple years and act as one of the managers for Standard Chartered’s first-ever listing of Indian Depositary Receipts in 2010.