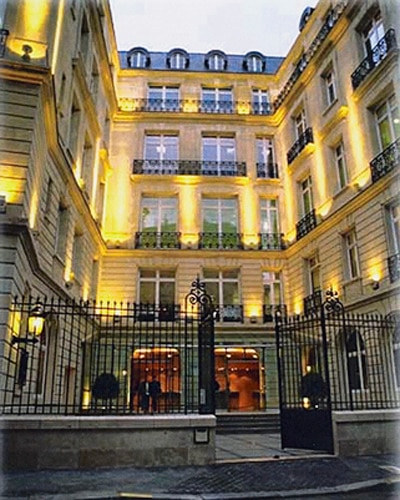 The French economy went through a period of recovery, growth and modernization during the 1980s, coinciding with increased cooperation among members of the European Community (EC). In the mid-1980s, targeting European monetary convergence and unification, French policy makers prioritized the reduction of inflation, the stabilization of the French franc exchange rate, liberalization of financial markets and the modernization of monetary policy making and bank regulation.

Financial innovation gained momentum with the introduction of new money market instruments and the creation in February 1986 of the financial futures market (MATIF, now Euronext Liffe) to trade contracts on French government bonds and, later, European Currency Units (ECUs)/US dollars. In April 1987, Goldman Sachs was one of five US financial organizations admitted to MATIF. That same year, the firm started operations in Paris on rue Halévy — its third European office after London and Zurich — to facilitate clients’ futures trading. Also in 1987, the firm advised the French government on the privatization of the banking group Société Générale.

Goldman Sachs expanded its Paris operations between late 1991 and early 1992, with the Investment Banking Division (IBD) joining the Fixed Income Futures Department. By spring 1994, when it relocated to rue de Thann on the edge of the Parc Monceau, the Paris office had a team of more than 60 with expertise spanning investment banking, capital markets, operations, technology and fixed income sales and trading.

The firm was present throughout the European process of convergence toward the single market, providing strategic advice to French firms through domestic and large cross-border deals, and joined the Paris Stock Exchange (now part of NYSE Euronext) in 1998.

The Paris office moved to its Avenue Kléber office near the Arc de Triomphe in the fall of 2013. The EUR18.8 billion (US$24.7 billion) merger of the leading European real estate company Unibail Rodamco and Australia’s Westfield Corp. in 2018 was an emblematic transaction for Goldman Sachs in France. The firm co-advised Unibail-Rodamco with Deutsche Bank on this major transaction, which created a global commercial real estate leader with EUR61.1 billion (US$72.2 billion) of gross market value in 27 retail markets. The firm also co-provided EUR6.1 billion (US$7.16 billion) of committed financing for the acquisition, which represented the largest ever M&A deal in Australia, the largest European real estate M&A deal ever and the second largest M&A deal in France since 2015.