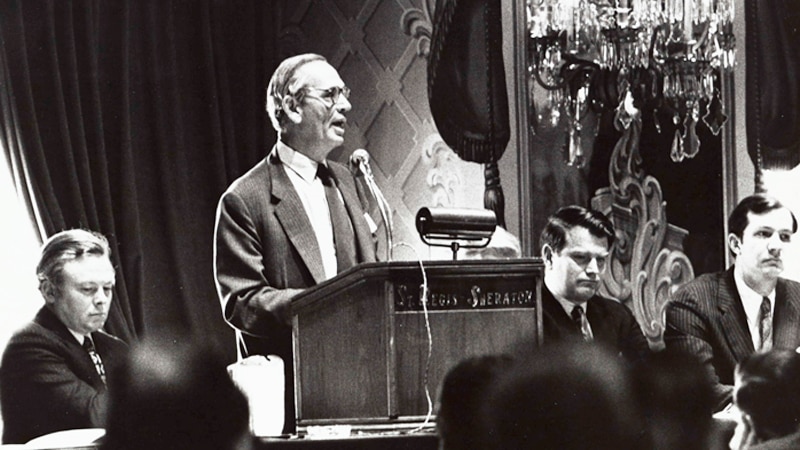 By the late 1960s and early 1970s, London was the world’s leading Euromarkets center. The booming Eurobond market (US dollar bonds issued in London and other European markets) was dominated by US investment bank White, Weld and British merchant bank S.G. Warburg, creator of the Eurobond. Financial markets were becoming more global by the day. After the Bretton Woods system collapsed in August 1971, London consolidated its position as the world’s most important foreign exchange market.

In 1970, Goldman Sachs placed an advertisement in The New York Times announcing the opening of its first international office in London. In a press clipping the prior year, managing partner Gus Levy was quoted as saying the upcoming office opening was the beginning of a “major international effort” on the part of the firm. This assertion was validated when, in addition to the London office, which opened in 1970, the firm established offices in Tokyo and Zurich in 1974.

Goldman Sachs began its work in London representing the European interests of the firm’s US clients, but soon local relationships would take root and flourish, and the firm increasingly advised European clients. The “Big Bang” financial deregulation that took place in the UK in the mid-1980s provided Goldman Sachs with important opportunities to advise the British government on some of the country’s first—and largest—privatizations, including those of British Gas in 1986 and British Petroleum in 1987.

According to remarks made by Gus Levy in 1973, Goldman Sachs’ contacts with the London financial community date as far back as 1872, when the firm helped several British merchant banks invest in the United States through the commercial paper market. In 1897, Goldman Sachs established a joint endeavor with London-based Kleinwort, Sons & Co. for foreign exchange and stock arbitrage. More than a century later, through repeated investments in local infrastructure, people, and client relationships, Goldman Sachs is now an integral part of the fabric of that community—a process it has repeated in many locations around the globe.