In 1997, Goldman Sachs acts as advisor, joint global coordinator and joint lead manager on the US$4.04 billion partial privatization of China Telecom (now China Mobile), the largest privatization of a Chinese company to date. 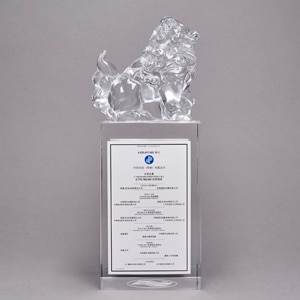 The 1997 partial privatization of China Telecom (now China Mobile) was the first central government-sponsored privatization of its size done through an initial public offering.  Fifteen mainland Chinese companies had been privatized in the first half of 1997, raising some US$2.51 billion, but China Telecom dwarfed them all. At US$4.04 billion (US$6.32 billion in 2019 dollars), it was the largest Asian IPO ever outside of Japan and the first time a major Chinese state-owned enterprise partially listed its shares on the New York Stock Exchange. Considering the timing — just after the Asian Financial Crisis erupted — the success of this landmark offering is even more remarkable.

Along with Beijing-based China International Capital Corporation (CICC), Goldman Sachs served as advisor, joint global coordinator and joint lead manager on the IPO. China Telecom had only recently come into existence, born of the combination of the assets of two southern-China-based telecoms that had been selected by Goldman Sachs and CICC in consultation with the Chinese government, whose Ministry of Posts and Telecommunications controlled the new firm. It was incorporated just seven weeks before the IPO.

The offering was a tremendous success, oversubscribed 30 times in Hong Kong and 20 times in New York. After initially trading down with the Hang Seng index, which fell more than 10 percent the day the shares debuted (October 23, 1997), China Telecom shares bounced back and by the end of the year were trading above the IPO price.

The China Telecom IPO was the result of Goldman Sachs’ tireless efforts to build a presence in China. The firm had established offices in Beijing and Shanghai in 1994, and then-President and Chief Operating Officer Hank Paulson frequently traveled to the country to meet with government officials and business leaders. Importantly, the deal would serve as a template for the Chinese government to structure and privatize numerous other state-controlled entities, including PetroChina in 2000, which would be one of Goldman Sachs’ largest Chinese privatizations. The firm would become a long-term advisor to China Telecom as it grew, advising on acquisitions totaling more than US$9 billion in 1998 and 1999 and another US$2 billion equity offering in 1999, among other transactions.