After more than a decade as a major shareholder in EADS, a global leader in aerospace and defense services, Daimler’s management wanted to further increase focus on its core business of making some of the world’s finest cars and trucks. Relinquishing parts of its stake in EADS would require collaboration on both financial and political fronts. 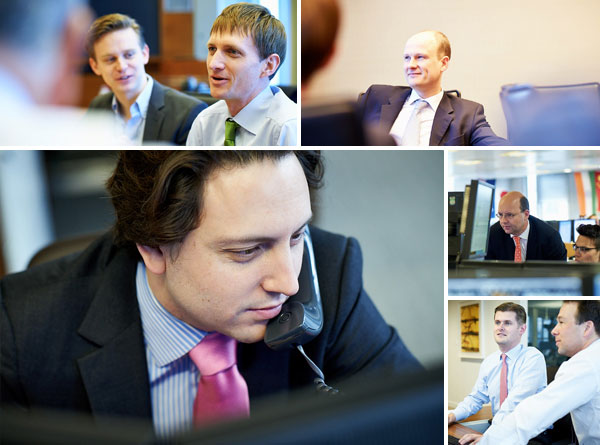 To facilitate a reduction of Daimler’s stake in EADS, any transaction would have to ensure the “balance” between French and German interests. As a prerequisite, the German government agreed to become a shareholder of record through its Kreditanstalt für Wiederaufbau (KfW), the state-owned lender, while all three governments at the same time agreed to limit their overall ownership in EADS.

In December 2012, all involved parties came to an agreement that enabled all of the above – including a final ownership structure that envisions a balanced interest between the German and French sides, enables Daimler to sell approximately 61.1 million shares and helps to significantly increase EADS free float. As joint bookrunner, Goldman Sachs executed an accelerated bookbuild offering to which investors across Europe, the United States and Asia quickly signed on. 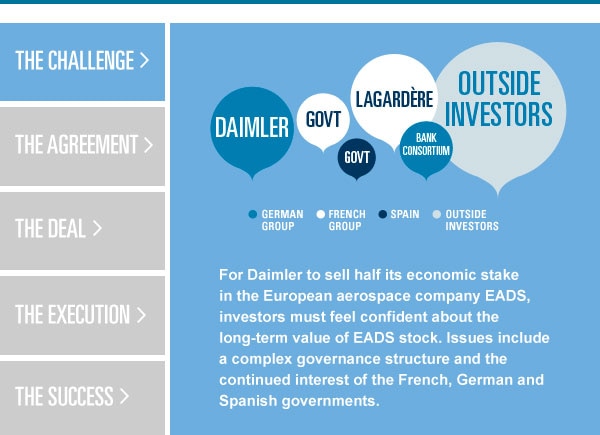 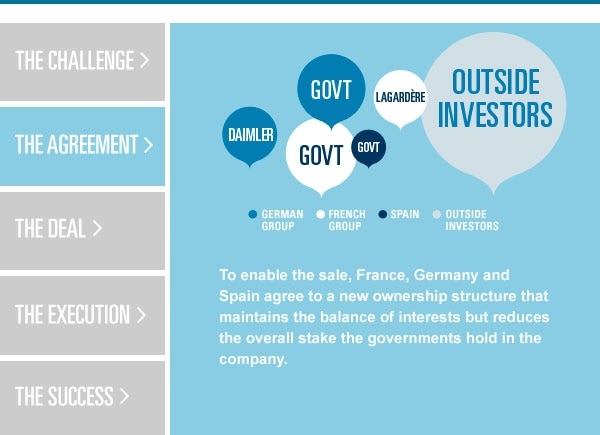 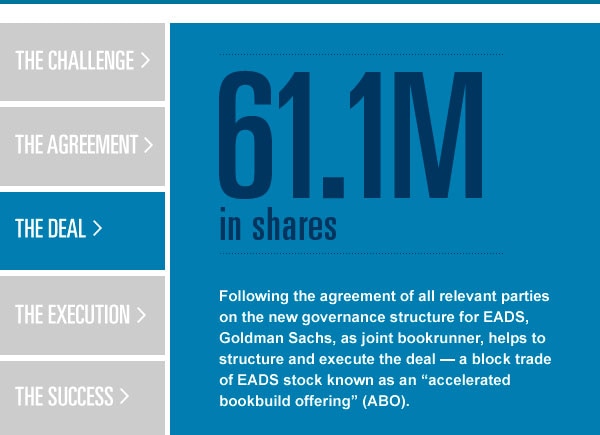 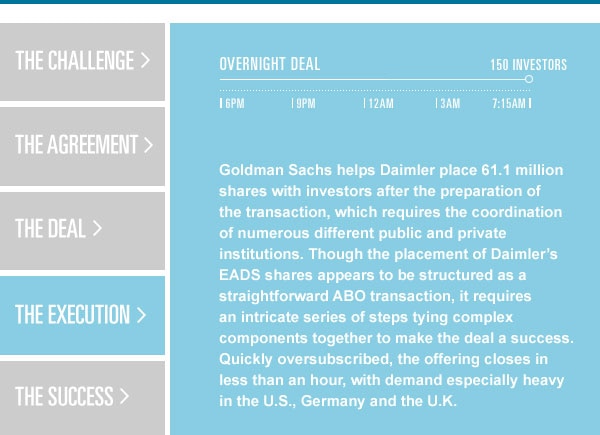 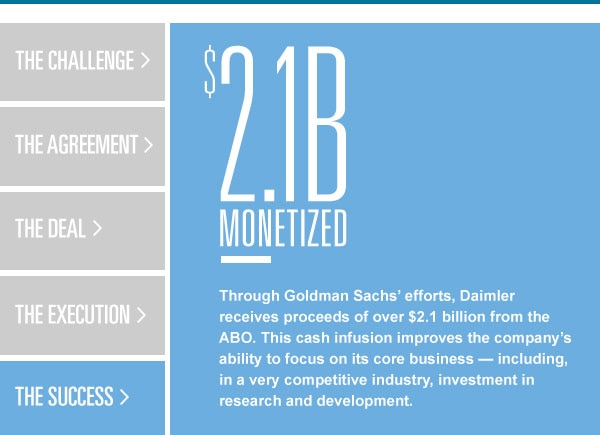 Despite challenging conditions in 2012, Goldman Sachs’ EMEA team led 32 common stock offerings, including major block trades of clients’ shares like Daimler’s EADS accelerated bookbuild. This made the firm the number one bookrunner in the region, as well as number one in Germany. This is a testament to the firm’s ability to structure especially complex transactions, execute multinational deals seamlessly, and leverage strong relationships with major institutional investors worldwide.

A complex transaction succeeds – and helps Daimler to focus on its core business. 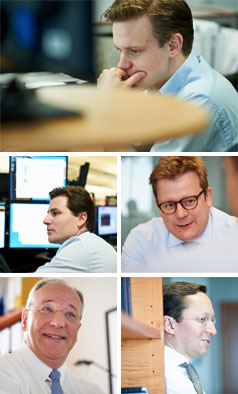