Goldman Sachs makes its mark in London with takeover defense of Thomas Tilling in 1983. 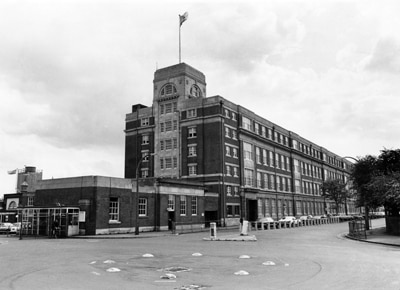 While the “Big Bang” of 1986 deregulated London’s financial markets, Goldman Sachs was already bringing its own innovative influence as an American investment bank to traditional British merchant banking leading up to this transformational event.

In 1983, energy and engineering conglomerate BTR launched a hostile takeover of GBP600 million (more than US$900 million) for Thomas Tilling, a diversified industrial holding company. BTR had been very profitable for 16 years, whereas Thomas Tilling’s profits had declined since 1979. Morgan Grenfell and Morgan Stanley advised BTR. To plan its defense, Thomas Tilling turned to S.G. Warburg and Goldman Sachs.

Leveraging raid defense strategies and expertise in valuations and leveraged buyouts that the firm had used successfully for decades, Goldman Sachs was making its mark as a proactive and innovative advocate for clients facing hostile suitors. This included strategies to maximize offer prices such as creating auction scenarios and identifying white knights.

In its defense document, Thomas Tilling announced its strategy of selling assets. There were plans to float a minority interest in Intermed, its healthcare group, and sell Cornhill Insurance. Tilling also quoted a valuation of its vast group sales by Rowe and Pitman in the United Kingdom and Goldman Sachs in the United States. Goldman Sachs’ sophisticated techniques for valuing assets would greatly increase its role in the defense effort.

Ultimately, BTR would pay GBP655 million (about US$1.03 billion) to acquire Thomas Tilling in 1983, a record price for an acquisition in the United Kingdom. Going forward, the Goldman Sachs profile in the London banking world would continue to grow. Other notable transactions include the successful defense of Lloyds Bank’s attempted takeover of Standard Chartered Bank (1986), and the sale of Virgin Music Group to Thorn EMI (1992). Of the 30 hostile bids of more than GBP1 billion between 1983 and 1993, Goldman Sachs was a defense adviser in no less than half of them, solidifying the firm’s place in London banking.