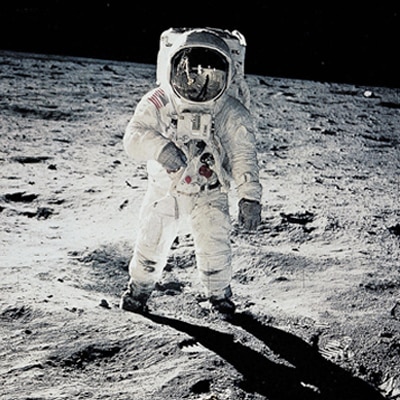 The year 1969 would see the first test flight of the supersonic Concorde plane and the final public performance of The Beatles. In June of that year, the riots that took place at the Stonewall Inn launched the modern LGBTQ civil rights movement. In July, Neil Armstrong became the first person to walk on the Moon, speaking his memorable words, “That's one small step for [a] man, one giant leap for mankind.” In August, the Woodstock music festival would attract more than 500,000 people to a remote farm north of New York City. The early seeds of the internet were being planted, as the first communication through ARPANET was sent.

On the business front, General Motors topped the Fortune 500 list with revenues of US$22.75 billion. General Motors was followed by Standard Oil Company of New Jersey (then known as Esso, now Exxon Mobil), Ford Motor, General Electric and Chrysler. The United States had a real GDP in 2012 dollars of US$4.94 trillion (compared to US$17.65 trillion in 2016).

A century after its founding, Goldman Sachs was the largest dealer in commercial paper in the United States, yet it remained a relatively small partnership. There were 38 partners, with a total workforce of 1,500 employees, assets of US$600 million, and more than US$45 million in capital. The firm was still a US-based operation, with offices in ten cities but no international offices or significant presence outside the United States. The following year, Goldman Sachs would open its first international office in London.

The 1960s marked the rise of institutional investors such as pension funds and mutual funds in the United States, bringing a growing demand for large blocks of equity shares. Led by Gus Levy, Goldman Sachs had pioneered the concept of block trading in the late 1960s. The firm bought blocks of stock from issuers, using its own capital, taking on the risk of reselling it to other market participants, ideally at a higher price. Block trading would prove to be a strong profit center for the firm.

The firm was also a leader in security arbitrage at the time, and was expanding in areas such as corporate bond trading, municipal finance as well as trading and underwriting securities of Federal agencies.

Reflecting on the firm’s century milestone, Gus Levy looked ahead to the next 100 years: “Goldman Sachs is proud of its record of accomplishments during the past 100 years, and we are now looking forward to meeting the challenges of our second century. We foresee a need for even greater imagination, creativity and versatility by investment banking firms in the years ahead…”

As the firm looked ahead, it lost an important piece of its past when legendary senior partner Sidney Weinberg passed away in July of the same year.