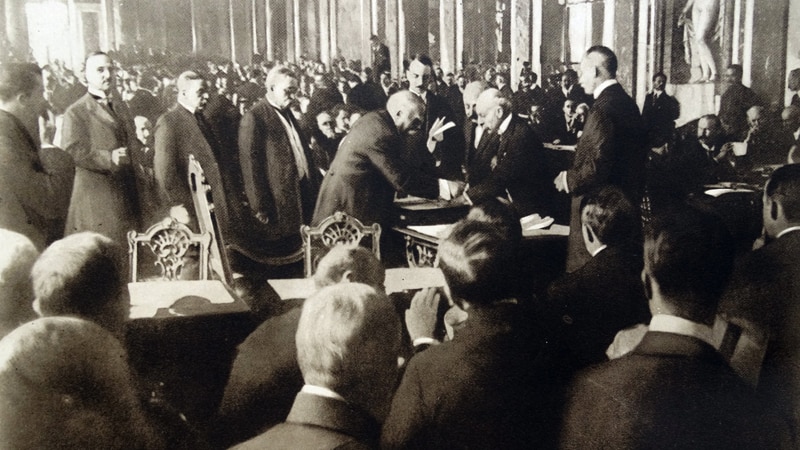 Goldman Sachs turned 50 in 1919, the year World War I formally ended with the Treaty of Versailles. Signed on June 28th, 1919, it required Germany to disarm, concede colonies and disputed territories, reduce its armed forces, and pay reparations to the victors. German reparations and the question of inter-Allied debts remained constant sources of geopolitical and financial conflict in the years to come.

In the United States, the Volstead Act passed, banning the production, transport and sale of intoxicating liquors and marking the beginning of Prohibition. American women earned the right to vote through the Nineteenth Amendment. In the United Kingdom, the Representation of the People Act granted women over the age of 30 who met a property qualification the right to vote. 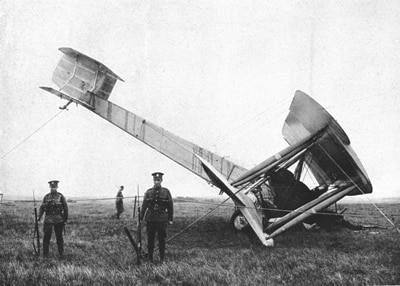 British troops guard the Vickers-Vimy-Rolls bomber in the bog where aviators John William Alcock and Arthur Whitten Brown landed after their historic 1919 flight. (Photo by: Photo12/UIG via Getty Images)

The year 1919 also marked the entry into service of the rotary dial telephone. People could now dial numbers themselves instead of having to place calls through a live operator. The same year, American Bell Telephone brought national service throughout the United States for the new, user-controlled telephones. After first rolling off the assembly line six years prior, Ford Model Ts increasingly took the place of horse-drawn carriages in most American cities. The assembly line and the phenomenon of mass production also spurred advances in airplane manufacturing, kicking off the interwar period referred to as the “Golden Age of Flight.” The first nonstop aerial trans-Atlantic crossing, by British aviators John Alcock and Arthur Brown, in a modified World War I bomber, also took place in 1919.

After the war, the United States became a net creditor to the world, with net assets of US$4.5 billion in 1919. New York City emerged as the preeminent center for global finance, taking the lead over London, and the dollar threatened the primacy of the pound sterling as international reserve currency. European companies and governments issued securities on Wall Street as a result of American investors’ increased appetite for foreign stocks, an abundance of savings in the United States and the liquidity of American capital markets. After a brief but acute recession between 1920 and 1921, the American economy and its financial markets boomed in the roaring twenties until the financial crash of 1929 and the beginning of the Great Depression.

Fifty years after Marcus Goldman started peddling trade bills in lower Manhattan, Goldman Sachs experienced some turnover in the firm’s senior ranks: Henry Goldman tendered his resignation in 1917 after a disagreement with the firm’s other partners about joining a large bond issuance to help finance the Allied war effort. The next year, Goldman Sachs welcomed the first senior partner who was not a member of the Goldman or Sachs families when Waddill Catchings joined.

The firm was a member of the New York and Chicago stock exchanges, and had offices in Boston, Chicago and San Francisco in addition to its location at 60 Wall Street in Manhattan. In 1919, the partnership’s capital stood at US$8.17 million. That year, the firm underwrote several stock offerings, including the US$5.8 million IPO of the Goodyear Tire & Rubber Co., the US$3.5 million IPO of pharmaceutical firm Merck & Co., and the US$2.8 million IPO of the clothing company Phillips-Van Heusen Corporation, among others.

The next 50 years would bring the Great Depression, another World War and a moon landing, along with increasingly global financial markets and the passage of landmark banking regulation in the United States. Drawing on the same values of entrepreneurship and innovation that propelled the firm forward in its first 50 years in business, Goldman Sachs would evolve with and help shape the changing global financial landscape in the next 50 — and beyond.